We’re back on the Sam Gellaitry groove train with “Assumptions” – the follow-up of his previous single “Duo“. The synth-driven track is part of his highly anticipated 4-track EP IV released via FFRR/Parlophone Records.

Reminiscing of Daft Punk’s Discovery work, the track is a lush blend of French pop, nu-disco, and new wave. I absolutely love how in just 4 tracks Sam managed to truly solidify the diversity of his producer ability. At just 24 the Scottish producer has made some ground-breaking records and is now venturing into the singing field making him a true Jack of all trades. 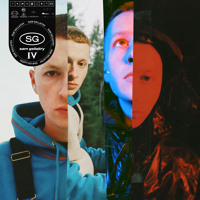