A remix I’ve been excited about since November 13th when I heard about the upcoming Weather Remixes Tycho album drop. We’ve been meticulously following each week’s pleasant surprise and it’s time for the vision of Nitemoves – the moniker of Rory O’Connor who is also the drummer for Tycho.

Rory crafts a very lush and ocean-like version of the release title track. The composition eventually takes a very electro pop-like groove and it reminds me of a strange blend between M83 and Boards of Canada. A pure win in my book.

Adding the tracklist as a reminder of who is going to take part in this journey below. We’re in for a treat – RAC and Com Truise are yet to go live.

If you want to learn more about Scott and the project itself, read our interview with the band here.

A reminder – the Weather Remixes album is going to be released on December 18th via Ninja Tune / Mom + Pop. 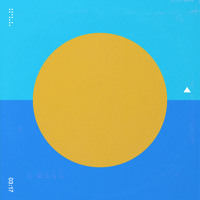