A few months ago we spoke to the iconic electronica producer Slow Magic about his new album it’s the end of the world, but it’s okay, and it officially came out this yesterday!

One of the gems that shines the brightest in this sonic treasury is the track “Somewhere” featuring Woven in Hiatus. We see Slow Magic slightly drift away from his future bass reminiscent sound, and adopt a laid-back progressive house aesthetic that inevitably blossoms into quite an epic ending. I also felt as if the vocals of Woven in Hiatus acted more so an instrument since the lyrics are imbued in a blurry haze, yet they contribute a lot to the atmosphere of the track thanks to the lofty delivery.

If you enjoyed this, you can listen to the full album below or give it a squeeze on all major streaming platforms. 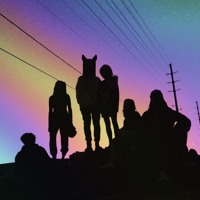