The UK producer, whom I had the pleasure to interview last year, dropped the first (double) single from his upcoming project later this year. “IKWYW”, (meaning “I Know What You Want” is this smooth but groovy, synth-driven soul electronica that features the gorgeous Florida-based singer NDO (who is also on S. Fidelity’s “Mixed Signals“). She shares about their collab:

“IKWYW” is a song about knowing what a guy really wants, however they try to disguise it or lie about their intentions, but also letting them know that it’s ok to be straight forward. I also talk about how I can be naive or gullible when dealing with someone I really like. People tend to ignore red flags when their desire to be with that person is really strong.

Don’t miss checking “With You”, too – hard-hitting synth bounce that’ll brighten up your day. 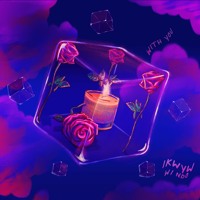 Both of these tracks came together just after I got my first hardware synth (the Korg opsix), it helped to freshen up my workflow and most of the synths on the tracks are sounds from that. Once I had the rough idea for “IKWYW” I sent it over to NDO and she absolutely smashed it on the vocal!