“Do It Again” is a hip hop track, infused with attitude and grooviness, which won’t leave you indifferent.

Magna Carda is an American duo from Austin, Texas. Notable for performing with live instrumentation, they have been called “Austin’s answer to The Roots” by Mashable. With their genre-defying blend of rap-meets-jazz-meets-R&B-meets-electronic, the band has quickly captured the imagination of listeners and the attention of critics alike in Austin and beyond. They currently have 3 LPs and an EP in their discography. “Do It Again” is the 4th track from their newly released album – To The Good People. 5:58 long, with a slow but slick transition in the middle, the song consists of two parts. It starts like a late afternoon, sunset-ish vibe and flows into an early evening one. Thus offering an interesting sonic progression and development in terms of the main elements, as well as the vocal delivery. While the first part is more casual, the second feels more intimate.

Lyrically, the lead MC Megz Kelli smoothly transitions between the occasional talking to some really clever and thoughtful observations on the music scene, self-reflection, and staying true to yourself. Even though the musical arrangement is more ambitious, it still remains tight; smoothly rounded out by a late-night summer saxophone vibe. 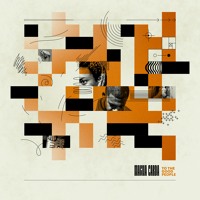