For as long as I can remember, Enzalla has been absolutely infallible. The production quality and creative composition in his work has made him one of my absolute favourite producers in the ambient/future garage scene, with his latest EP, Terra, only serving to solidify such an opinion. “Dancing Amidst Clouds” is the first of two tracks on the release.

Opening with soft piano, the track gives the listener very little in the way of introduction, instead opting for a more progressive composition. Drums begin to play almost immediately; soft and held-back, they allow the piano to maintain the spotlight as it plays out a stirringly cinematic progression. Indeed, the track feels like it could be from a film soundtrack: Narnia mixed with a romantic drama mixed with a mountain montage, perhaps. Certainly a confusing mix, but I’d definitely go and watch it if Enzalla scored it.

The piano isn’t left alone for long, either. Choirs and strings pad out the stereo space, serving to expand and build upon the world constructed by the first minute of the track. Subtlety is the key to the intimate nature of the first half, but it is in the later sections of the track where the strings truly shine. Swelling and falling away to perfectly compliment the swaying rhythm, they add countless dimensions to an already rich track.

Oh, and everything’s in a 3/4 time signature as well, so on top of the mountainous Narnian drama montages, you’re also waltzing with a loved one. What a rollercoaster of scenarios. 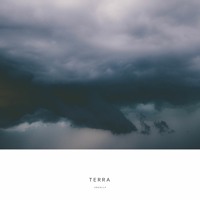