In a new video, artist Kadir Nelson explains how he illustrated the July 2020 cover of Rolling Stone, which arrived on Tuesday accompanied by Jamil Smith’s cover story. The painter, illustrator, and author describes his inspiration behind the cover, and what he hopes it contributes to the Black Lives Matter movement. 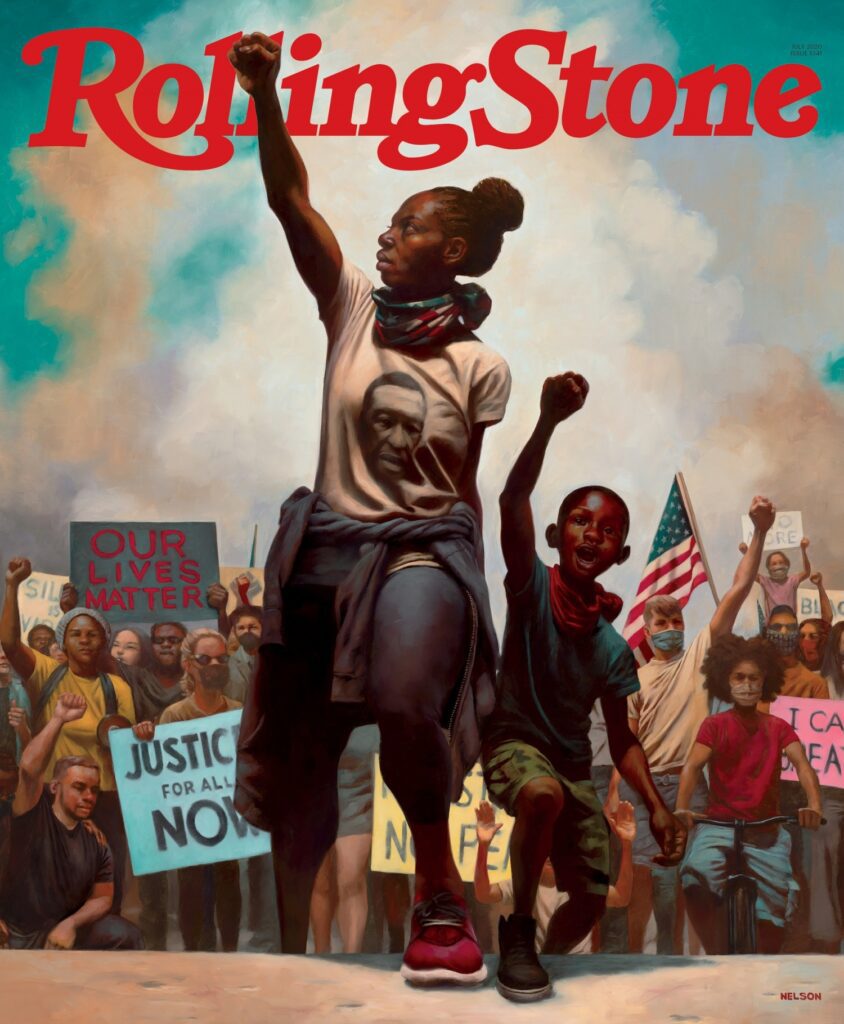 The magazine tapped Nelson to design the cover, an artist who focuses on African American culture and history (he designed the cover of Drake’s 2013 record Nothing Was the Same). “The Black Lives Matter movement is very important in that it’s provoking a very long overdue conversation about race and its relationship to America,” Nelson says.

Rolling Stone envisioned a hopeful and inspirational cover, and Nelson immediately thought of Eugène Delacroix’s “Liberty Leading the People,” the iconic 1830 painting that depicts a woman leading the French Revolution. “I wanted to create something in a similar vein that would have the same feeling and celebrate this tipping point in our history,” he says.

He discusses the woman at the forefront of the illustration: “The people who were pushing for those changes were African American women,” he notes. “They are very much at the forefront in spearheading this change, so I thought it was very important for an African American woman to be at the very center of this painting, because they have very much been at the center of this movement.”

“I want everyone in this painting — particularly the African American women and children — to know that they matter,” he continued. “That they have the power to create change in the world. This painting is to honor, celebrate them and to inspire them to continue doing what they’re doing, because what they’re doing is important work.”