At the start of the coronavirus pandemic, when strip clubs across the country were shuttering and dancers found themselves abruptly out of work, the Portland, Oregon strip club the Lucky Devil Lounge started a food-delivery service called Boober Eats in order to provide some of its employees work. The concept went viral (and was, in fact, covered by this publication), but local black dancers noticed something odd: its Instagram featured relatively few black dancers.

This wasn’t surprising to some black dancers in Portland, like Cat Hollis and Brianna Cistrunk, who say the club has a reputation for almost exclusively hiring white dancers. “They say they’re a ‘rock ‘n roll club’ [which means] they only hire a certain aesthetic,” Cistrunk says. “It’s an unspoken thing but it’s very well-known among most girls.” This perception was magnified a few weeks later, following the death of George Floyd, when the club posted a (now-deleted) photo on Instagram of #BlackLivesMatter flags festooning the stage. “There was a huge argument that happened in the comments,” says Hollis. She commented: “There are more #BlackLivesMatter signs than there have ever been black butts on that stage.” (Shon Boulden, owner of the Lucky Devil Lounge, tells Rolling Stone the controversy stemmed from “a lot of misconceptions of how our club operates,” though he acknowledged that only two or three of the club’s 30 dancers are black.”If there ever was the idea that we weren’t open to hiring all ethnicities, I guess I’d just want say, yes of course we do,” he says. “In our hiring, maybe it didn’t look like we were.”)

Enraged by what they saw as performative activism on the part of club management, Hollis took charge. She’s the leader of the Haymarket Pole Collective, the group behind what’s colloquially known as “stripper strike,” a Portland-born movement advocating for clubs to adopt non-discrimination policies and undergo cultural sensitivity trainings to create level playing fields for black dancers. Lucky Devil has signed on for the trainings and reworded its website to specify that it does not discriminate in its audition process; in an Instagram post, it said it stood by the dancers and would be “working on anti-racist accountability and restorative justice.” “If this opens everyone’s eyes and makes them step out of their bubble a little bit…I think that’s a good thing for everybody,” Boulden says.

Though many dancers have refused to work for clubs that do not agree to the collective’s demands, the strippers’ strike isn’t exactly a strike in the traditional sense. As independent contractors in an industry that has been besieged by COVID-19, exotic dancers are incredibly financially vulnerable, and “being that we’re in a pandemic it’s hard to ask people to give up their only form of income,” says Cistrunk. It’s more of a grassroots effort targeting an often overlooked industry to revise its business practices, many of which, black dancers say, are outdated and racist.

Hollis and other dancers at a rally for #pdxstripperstrike.

Some of these practices are subtle, ranging from clubs telling performers to straighten their natural hair to banning hip-hop music during their sets. Others are more egregious. Many clubs have informal quotas for how many black dancers are permitted to work per shift, say Hollis and Cistrunk, making it difficult for black dancers to get work, particularly in the prime money-making shifts in the evenings and on weekends. “On the phone when you’re setting up an audition, you can use your little white phone voice and they’re super down,” says Hollis. “And then you get there and they’re like, the manager’s not here, we’re not contracting, x-y-z.”

Cistrunk says that she once worked at a club where she saw two black women coming in to audition, only to overhear the manager saying on the phone that there were “two of them, and we only have room for one.” Both of the women ended up being turned away, she said. “People say things like, ‘We would hire black dancers but there’s no black dancers in Portland.’ And that makes me shaking mad,” says Hollis. “Because you’re literally telling me I don’t exist.”

Since members of the Haymarket Pole Collective (the group is named for the seminal 1896 labor-rights demonstration in Haymarket Square in Chicago) started protesting last month, nearly 30 clubs, including the Lucky Devil Lounge, have agreed to adopt non-discrimination policies and make dancers and management undergo cultural sensitivity training, which is being funded by the YWCA. About 15 clubs have refused or not responded to the Collective’s demands. That includes Club 205, which enraged collective members when it hung a sign saying “All Lives Matter” two weeks ago. (Club 205 did not respond to Rolling Stone‘s request for comment.)

But even as the protests continue in Portland, the group is starting to go national. The group now has members in 18 states, including Pennsylvania and Illinois. Serenity, an exotic dancer outside Philadelphia and a representative for Sex Workers for Equality — now a branch of the Haymarket Pole Collective — says they also began organizing in late May, while clubs in her home state of Pennsylvania were still closed. She says that the COVID-19 pandemic has been a game-changer in that it’s made dancers less afraid of facing repercussions for being vocal. “Girls around the nation are saying, ‘What the hell do I have to lose? They can’t fire me from working. I’m not dancing right now, anyway,’” she says. “We had nothing to lose.” 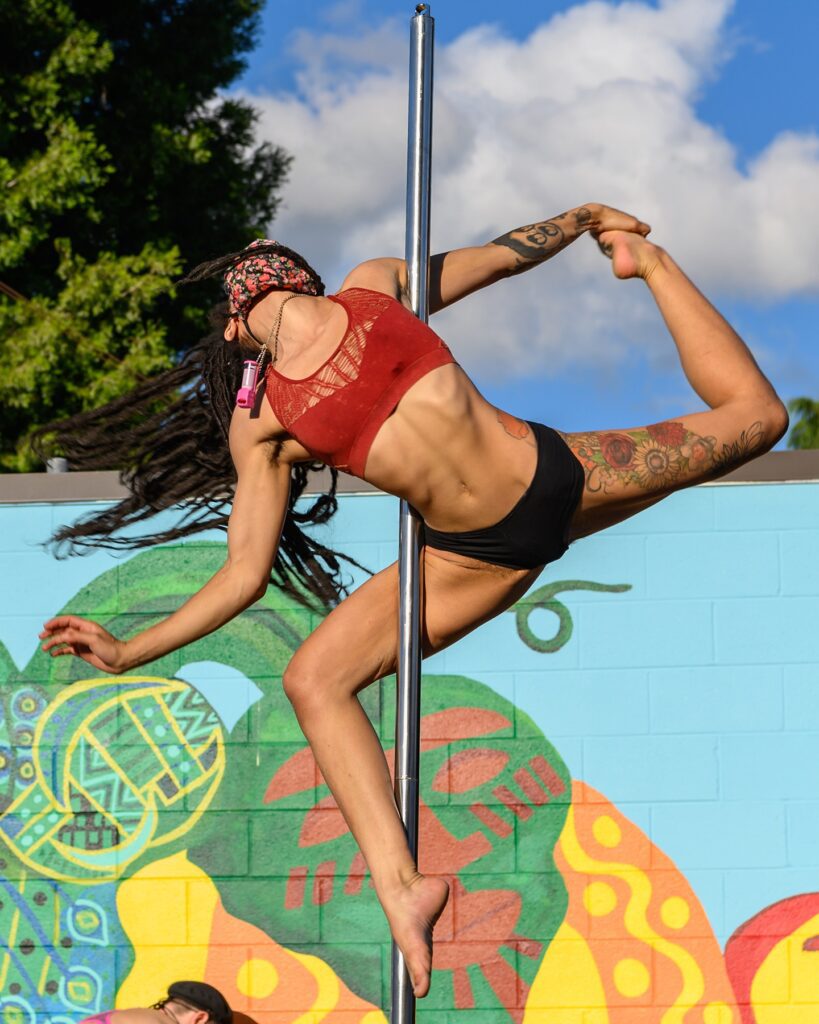 According to Hollis, that hasn’t stopped club owners from refusing to book black dancers who are involved in the Stripper Strike. She says four collective members have been denied work since the protests started happening. But the cultural climate is also, to a large degree, on the dancers’ side; brands are increasingly rallying behind the #BlackLivesMatter movement and vowing to make drastic changes in internal policy, such as adopting more diversity initiatives and hiring more black prospective employees for leadership roles.

But as the controversy around the Lucky Devil Lounge’s posts proves, cosmetic support for the movement does not go far enough. “With George Floyd and BLM it really put people in the position where they had no choice but to play along if they wanted their business to survive. Now there’s this incredible social pressure [on club owners] to play the part, where they would have ignored us before,” says Cistrunk. “But that’s not what I’m asking for. I’m asking for them to give us our basic human rights.”