“It was ALL erased,” Miley Cyrus wrote in a letter to fans last month, explaining how the 2018 wildfire that destroyed her Malibu home took with it her unreleased seventh album.

The LP would have slotted in around a trilogy of EPs, the first of which, She Is Coming, dropped in May 2019.

But Miley being Miley — a chameleonic mega-star who’s never made the same album twice, pinballing between pop, hip-hop, country and psychedelia — she chose to redefine her sound yet again, abandoning both her lost songs and forthcoming EPs in favor of her latest obsession: rock royalty of a bygone era.

Plastic Hearts, Cyrus’s incendiary new record, punctuates the 28-year-old singer’s greatest sonic reinvention yet — a retro-charged tribute to no-nonsense frontwomen: Debbie Harry and Heart’s Ann Wilson, Stevie Nicks and Joan Jett (both of whom appear on the album). Gone is the mollifying country-pop of her last full-length, 2017’s instantly forgettable Younger Now, instead replaced by studded leather, blonde mullets and a familiar “if you don’t like it, fuck you” attitude.

Across 12 tracks, the balance feels just right for the ex-Disney star; enough gritty guitar jams to cement her new aesthetic while still delivering the mainstream polish — courtesy of pop super-producers Louis Bell and Mark Ronson among others — to sate fans who have stuck around since Hannah Montana.

The chugging opener “WTF Do I Know” is a hard-rock firecracker plucked straight off the Sunset Strip circa 1982 – a breakup tune perhaps raging over Cyrus’s very public divorce from actor Liam Hemsworth. It’s followed by a title track touting similar swagger (both co-written by prolific hitmaker Ryan Tedder) and rhythms heavily reminiscent of The Rolling Stones’ “Sympathy For The Devil.” 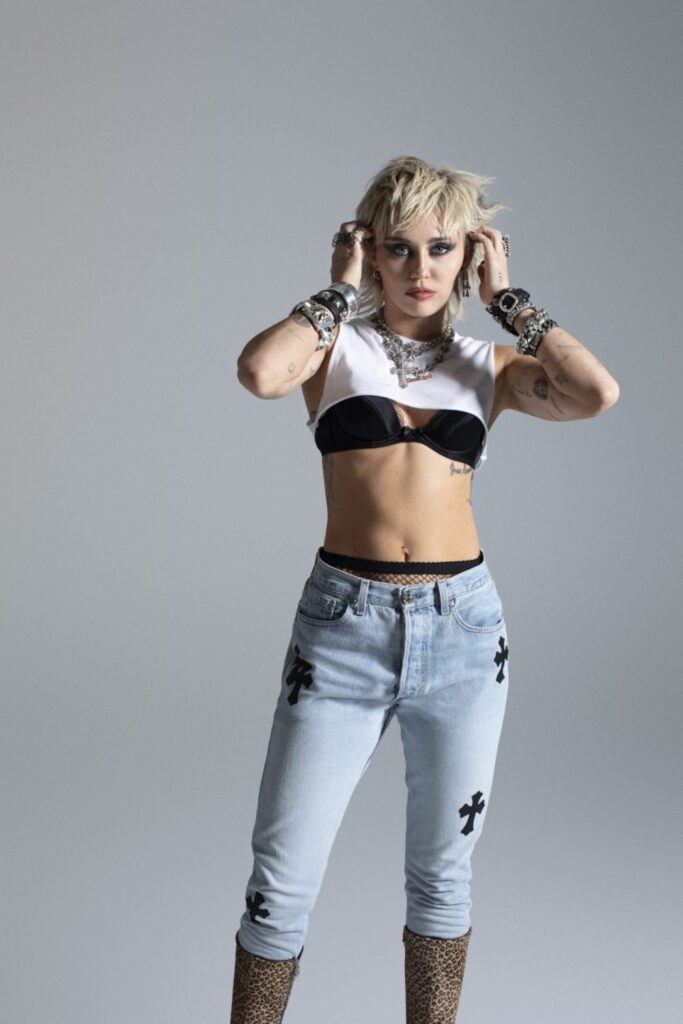 Cyrus’s patented rasp naturally lends itself to this serrated, throwback sound — it now seems obvious that she would’ve eventually reached such a destination — but there’s another key factor fueling Plastic Hearts: She’s sober. After spending the better part of a decade romanticizing recreational MDMA and marijuana use — just last year she released the Wu-Tang-inspired song “D.R.E.A.M.” with its hook “drugs rule everything around me,” — Cyrus got clean earlier this year, hoping to avoid the notorious “27 club,” she said earlier this week.

With that, the new tracks feel particularly crisp and cohesive, easily her most captivating and keenly focused record yet, not that the bar was set so high — even her signature LP Bangerz was scattered (let alone 2015’s fuzzy Miley Cyrus and Her Dead Petz, a pseudo-psychedelic fever dream where she teamed with the Flaming Lips).

The Nicks-infatuated lead single “Midnight Sky” is wholly addicting, a maximalist synth-rock winner and her strongest single since “Wrecking Ball.” The sexy “Prisoner,” a dark-pop duet with Dua Lipa, is another arena-ready earworm, even if the hook is reminiscent of Olivia Newton-John’s “Physical” (which Lipa already sampled for her own album this year).

A kitschy feature from Billy Idol on the old-school uppercut “Night Crawling” is fun, but more telling is “Bad Karma,” a scintillating roadhouse banger opposite Jett — the album’s most discernible muse. The duo’s vocal tones are uncannily alike on the track. 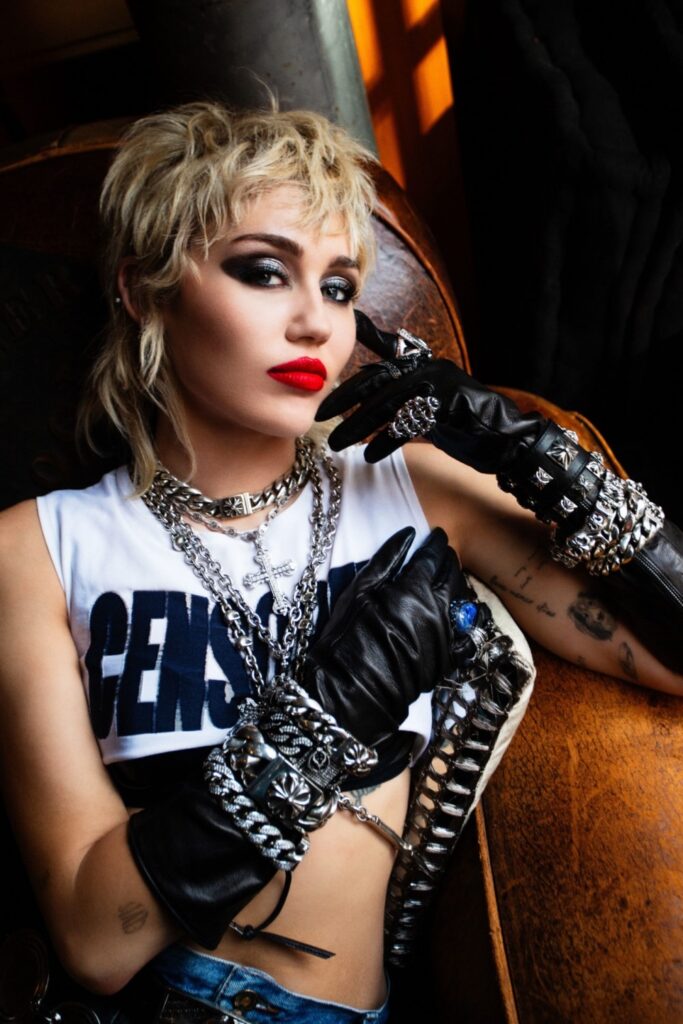 If there’s a knock on Plastic Hearts, it’s the general lack of introspection. This is not the record to discover who Miley Cyrus really is beyond the spotlight, though the album does conclude with the autobiographical “Golden G String,” which alludes to her VMA twerking days but jabs: “You dare to call me crazy, have you looked around this place?” A fair point.

Tacked onto the album’s end are the remix of “Midnight Sky,” merged with its overt foremother “Edge of Seventeen,” plus two enthusiastic covers recorded for live-streaming earlier this year: Blondie’s “Heart of Glass” and The Cranberries’ “Zombie,” both of which helped usher in Cyrus’s new rocker image (not to mention her Metallica, Led Zeppelin and Nine Inch Nails tributes at Glastonbury in 2019).

With this new creation, of “Miley Cyrus: Unironic Rock Star,” it’s hard not to imagine an alternate timeline: What if in 2008, around the time 16-year-old Miley dropped her tween hit “7 Things” — only a couple studio tricks away from becoming a bonafide pop-punk song — she decided to remain on that path? Would she have been as successful? What would her catalog look like? More importantly, how would her insurgence have affected rock music at-large? Would the genre be a few extra steps away from mainstream irrelevance?

Whenever Cyrus is able to tour arenas again with these new songs in tow, you better believe the extravagant stage show will be much closer to KISS than Katy Perry. Maybe she’ll spit blood and eat fire.

“I was fucking born to make the record I’ve just released!” Cyrus wrote on Instagram on release day.