With her surprise LP, Flowers For Vases/Descansos, Hayley Williams has forgone further pop experimentation, instead clinging to a raw recitation of profound, suffocating sadness.

The Paramore singer’s sophomore solo effort, released on Friday, employs little more than austere acoustic guitar and piano interludes across its 14 new tracks, which lament well beyond the waves of Williams’ past emotional wreckage. This time, the 32-year-old star is hopelessly set adrift between shores: At one edge, the luring memories of lost love, moments both soul-affirming and earth-shattering from which she cannot fully escape. At the other, forgiveness, catharsis, moving on — none of which she can seem to firmly grasp. Back and forth she floats.

While eloquently arranged, Flowers’ uniform anguish makes for an uncomfortable listen, even more so than its sonically daring predecessor, 2020’s Petals For Armor, which challenged Williams’ Paramore faithful to follow her into an unfamiliar realm of skittering beats and downcast undertones.

The new record makes a similar inquiry, for fans to again relinquish those monster choruses, replaced by simple folk melodies with dreamy edges — the quietest and most intimate recordings of her career so far. 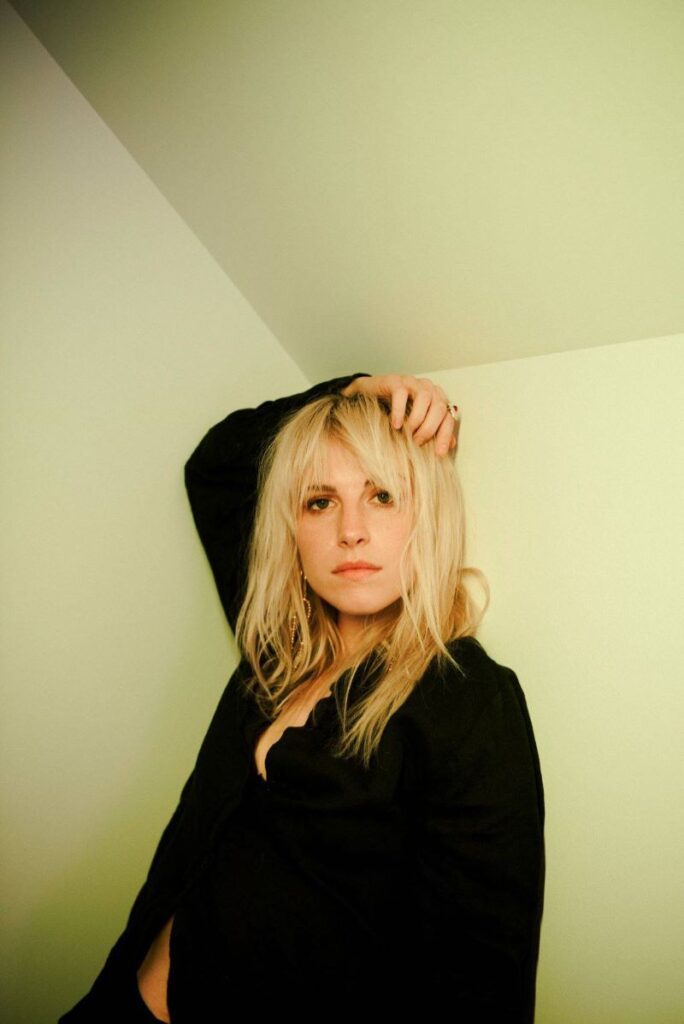 The Paramore singer has had a prolific past year
CREDIT: Lindsey Byrnes

“Time moves slow, I just talk to myself,” Williams croons on the impassioned opener “First Thing To Go,” linking the project to its origins of pandemic isolation, a home-recorded quarantine album that may not have existed without the cancellation of her 2020 tour dates.

For the first time, Williams plays every instrument on the album, though the devastating lyricism is a grander feat. “Shy little rabbit, teething on a shotgun / Guess we were collateral damage, kissing in the crossfire,” she mourns on “My Limb,” the album’s stormiest track, which likens her attachment to an old lover as a physical tethering — she’d rather bleed out than be severed.

She sticks to the visceral metaphor a track later on “Asystole,” the medical term for a heart stopping. “The trouble is the way you stick to any part of me that remains intact,” she sings over a Latin-inspired guitar line, again unable to will herself beyond old romance.

The source material for all this doleful longing is presumably Williams’ divorce from husband and New Found Glory guitarist Chad Gilbert in late 2017. The two began dating in 2007 when Williams was just 18. The singer has also been open in recent years regarding her struggles with depression and the therapy she’s received.

Hopefully, the creation of this album — easily her purest songwriter project so far – also provided some peace (“Descansos,” a conjugation of “descansar” is Spanish for “to rest”).

But for the listener, there is no resolution and few hopeful flourishes beyond “Inordinary,” which tells the autobiographical story of Williams and her mother moving from Mississippi to Nashville in 2002, after her parents’ own divorce: “Started over, Tennessee / Rent was cheap and we were free.”

If anything, the worry for Williams’ well-being only builds as the record rolls on.

Sure, her writing for Paramore has always been melancholic, especially regarding relationships. But this project feels different, more desperate. On “Good Grief,” perhaps the most telling revisitation of her lowest moments, it gets downright scary.

“Haven’t eaten in three weeks / Skin and bones when you’re not near me / I’m all skeleton and melody.”