When I spoke with Jeff Ament a little over a year ago, he was as bummed as the rest of us. The pandemic was in its early stages, and Pearl Jam was one of the first bands to make the smart decision to indefinitely postpone their 2020 tour. That meant not playing shows in support of Gigaton, their first album in nearly seven years. The Pearl Jam bassist said, from his hideout in Montana, that he was in “Bob Pollard mode.” He’d been writing and writing and writing.

Ament wrote about 70 songs during the lockdowns. The first result of channeling his angst into music was the hardcore-infused American Death Squad EP, a solo project released last July. Now? He’s onto his fourth solo effort, with a title so perfect that it echoes how most (if not all) of us feel: I Should Be Outside. Being home and working every day tapped into something Ament says got his writing muscle working. Once he got into a rhythm, ideas would come, sometimes at odd times.

“It’s amazing how sometimes those initial ideas are when you are waking up in the middle of the night, like, maybe one out of four times it’s actually a legit decent idea,” he tells SPIN over Zoom, “and the other times, they’re really bad. [Laughs.]” 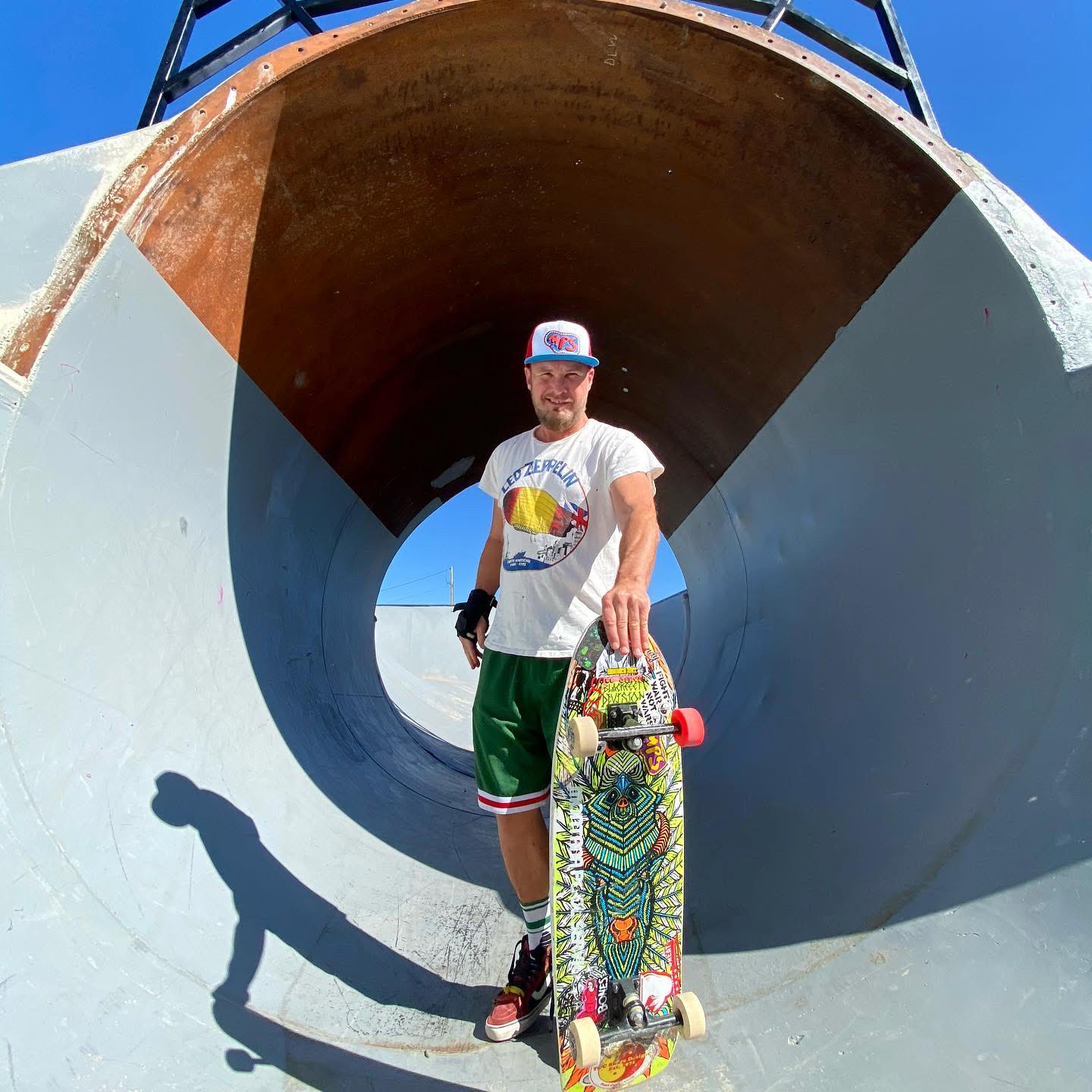 On I Should Be Outside, Ament used the Force and trusted himself. As he knocked out that avalanche of new material, he realized something was missing: a drummer. So, who better to enlist than session extraordinaire (and former Pearl Jam drummer) Matt Chamberlain, right? That’s what Ament did, albeit with a twinge of fear.

“I was a little bit apprehensive to reach out to him because he’s like the assassin,” Ament says of Bob Dylan’s current touring drummer who’s performed with countless other artists, including on his bandmate Stone Gossard’s Painted Shield project. “But he had said something to me three, four years ago, like, ‘Hey, man, if you ever have any songs, throw them my way.’ So I got the courage up, called him, and he just finished a big project, so I sent him two tracks. Two days later, I had the tracks back, and they were the ones I could build the record around.”

Those songs ended up being the post-punk bopper “I Hear Ya” and “Bandwidth.” From there, Ament went through what he’d written in Montana, and the album steadily came together. Sonically (like every Ament solo effort) it’s a patchwork of different sound textures and genres that are connected through him. Thematically, Ament says that the album reflects what he was feeling at the top of the pandemic, including channeling the sorrow of losing three friends to the Covid-19 virus, in addition to losing his dog and his cat right before the pandemic. Add to that the tour’s postponement — Ament’s well of emotion was bottomless.

“I just wanted to create a tribute and a document for that, so, a tip of the cap to my friends and our pup, our sweet boy, the last song is about Otis,” he says solemnly. 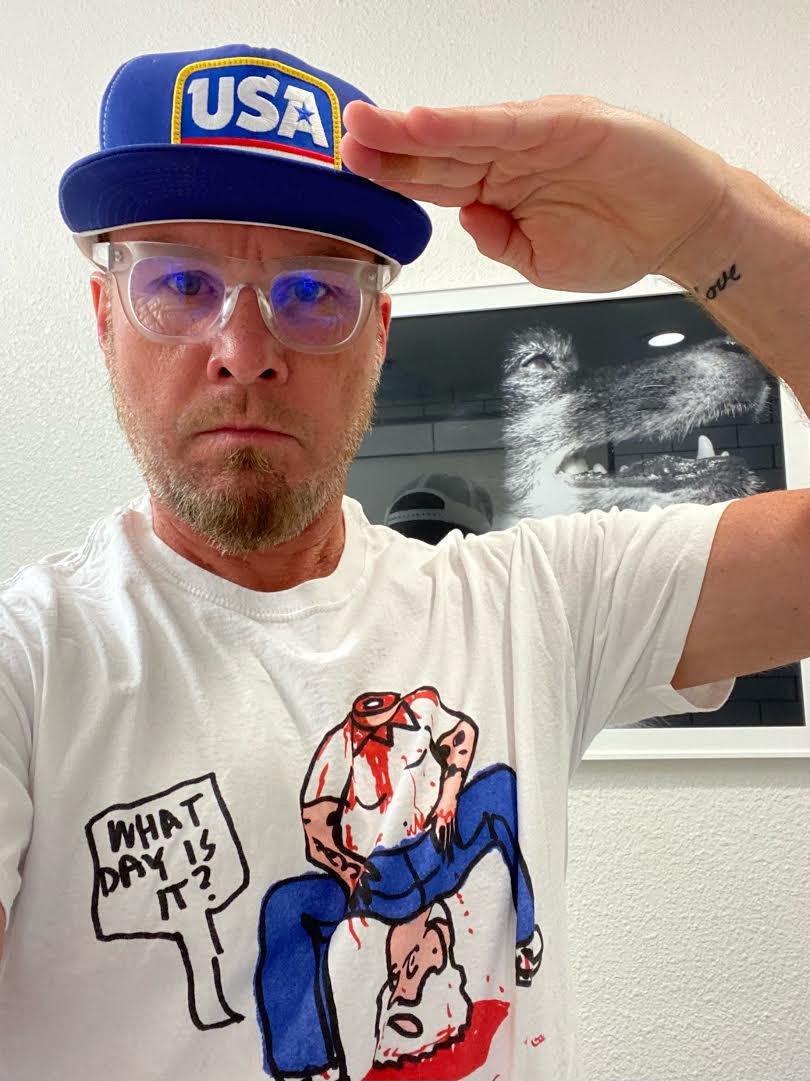 But Ament isn’t one to dwell. Some of the songs also reflect his “farm kid, plains Montana” humor.

“That’s half of it, for me at this point, is just like, entertaining myself and finding just some little nugget of joy every day by doing something and making something out of nothing. And it might suck to most people, but to me, it’s a life force.”

On a more macro level, having not attended a basketball game (and after retiring from playing at his usual game in Seattle with college-level players due to a knee injury) for the first time in years, he says that the pandemic forced him to realize what’s important. Slowing down and focusing on the important things, he says, makes it “more meaningful when you are together.”

After a year at home (mostly in Montana), Ament is ready to get back into the swing of things. He recently went to his first show since lockdown: Brandi Carlile, who happens to be playing before Pearl Jam at both weekends of Eddie Vedder’s Ohana Fest. “The whole night was just electric and so genuine and everybody was just so fucking happy to be there.”

As for his day job — you know, Pearl Jam — Ament says that every three-to-four months during the lockdown, the band got together just as friends to reconnect. And for good reason. This is the longest stretch in the band’s decades-long career that they haven’t played live. “We have a lot of work ahead of us,” he laments. “We’ve never played the Gigaton songs live yet, so we’ll need a solid week [of six focused hours per day] with just that. Some of the technical stuff, like me playing keyboard on ‘Dance of the Clairvoyants’ will be set so we won’t have to figure out what we have to do.

“And then the rest of the catalog we haven’t played in three years. There’s the physical thing where your hands just know where to go with a lot of the songs and I think the earlier tunes, like ‘Even Flow’ and ‘Corduroy,’ will be easy. But if we decide to play like a ‘Swallowed Whole,’ or ‘Infallible’ or even ‘Pendulum’ — any of those kinds of songs, we’re gonna have to work.”

Ament says that they’ll start with 60-70 songs and whittle it down to 50-60 to spread across the four shows.  The group has already gotten together to start working and jamming together on them. “I can’t tell you how much I’ve missed being with other musicians,” he says. ” I think I missed that more than anything. I missed that more than the crowds and I miss just being with the guys and just playing, listening to each other, and being in a room with a drummer. It’s like playing with Matt [Cameron]. It’s a miracle.”

Pearl Jam’s festival shows are also nearly overlapping with two landmark anniversaries for the band. Their seminal album Ten turns 30 and No Code turns 25. Both were released on August 27, 1991, and 1996, respectively. The two albums bookend the first part of Pearl Jam’s career, something that isn’t lost on Ament, who marvels at the band’s survival during those turbulent early days where they could hardly sit in the same room without getting into a fight.

“We easily could have broken up at that time,” says Ament. “We weren’t communicating well, but somehow we gave each other space and just kept focusing on the music-making part of it and playing shows. Some of it was what Jack [Irons] brought to the band at that point. He was very calming — and was going through his own stuff — but had a real calming effect in the studio. That record and Yield have pretty heavy Jack Irons imprints. There are five or six songs that when you hear them, you’re like, ‘Oh, that’s Jack Irons playing drums.'” (Songs like “In My Tree,” “Present Tense,” and “Who You Are” were built around their former drummer’s parts.)

For a band that doesn’t like to revel in nostalgia (“I don’t want to be 30 again because that was a shit time,” he says), No Code’s 25th anniversary holds a bit more value, and Ament appreciates what it meant to the band’s career.

“You have to acknowledge those things every once in a while, too,” he says, thoughtfully. “It just makes you feel so lucky, and that makes you want to reach out to the guys and say ‘Hey, good job, and thanks for having my back when I didn’t know I was rudderless and vice versa.’ Every time you play, it should be a huge celebration, because it’s semi-miraculous, and we love each other. I don’t know if there are too many bands that have been around for a long time that really, genuinely care about each other. I think we’re unique in that regard.”