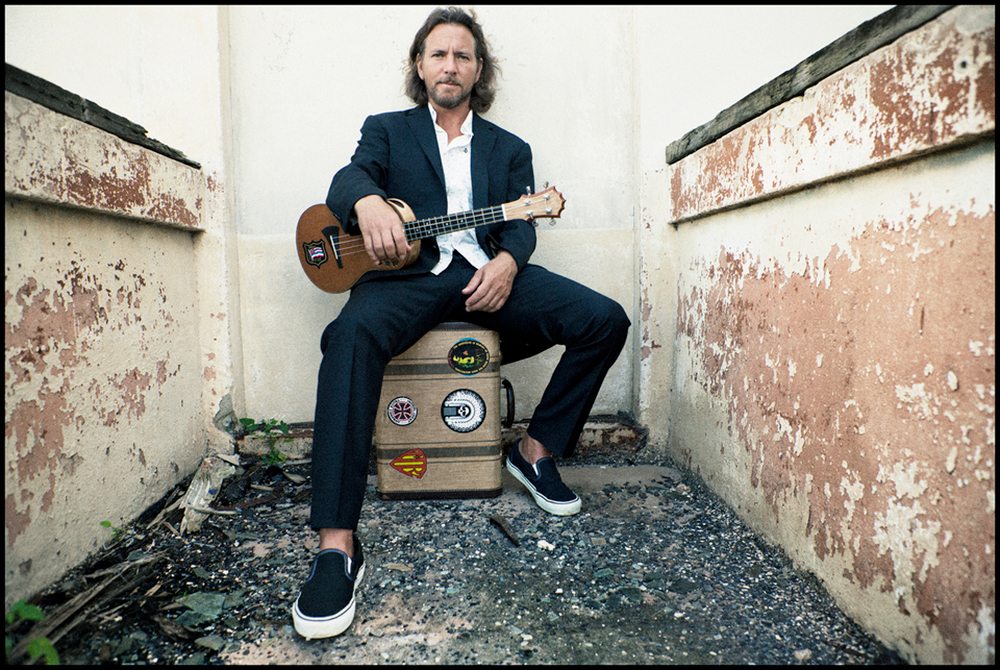 Eddie Vedder has just shared his new single, “Cartography.” But what makes this particular song a little extra special is that he’s released not one, but two versions of the track.

“Cartography (Nick Zinner RFK remix)” is the Pearl Jam leader’s contribution to Sub Pop Singles Club Vol. 5, and proceeds from the song will be donated to Fair Fight, which pushes “to ensure a free, fair and secure election in 2020″ — a cause Pearl Jam have been fighting for some time now.

The new version of “Cartography” features “spoken word” in the form of a speech from Democratic senator Robert F. Kennedy.

“Listening to the speech delivered by Bobby Kennedy in regards to the assassination of Martin Luther King Jr. 50 years ago,” Vedder said in a statement, “you are reminded that once again we are at a moment in time when our society can and must do better. Voting is our most powerful form of nonviolent protest. And those whom we vote for must be made deeply aware that the issues of equality and justice in America are of the utmost importance and need to be not only restored but taken to the next level. NOW.”

Along with the tracks, Vedder also released a moving video for “Cartography (Nick Zinner RFK remix)” that was directed by Julian Gross, which you can watch below.

The original “Cartography” is an instrumental track that Vedder composed for the soundtrack to the Eric Becker 2018 documentary Return to Mount Kennedy.

Vedder has done soundtrack work previously and has spoken about endeavors outside of Pearl Jam.

Listen to both versions of Eddie Vedder’s “Cartography” below.

To listen to more from the Sub Pop Singles Club, subscribe here.

The 100 Greatest Rock Stars Since That Was A Thing