Isaac Brock, Jeremiah Green, and others reflect on the band's beloved major-label debut 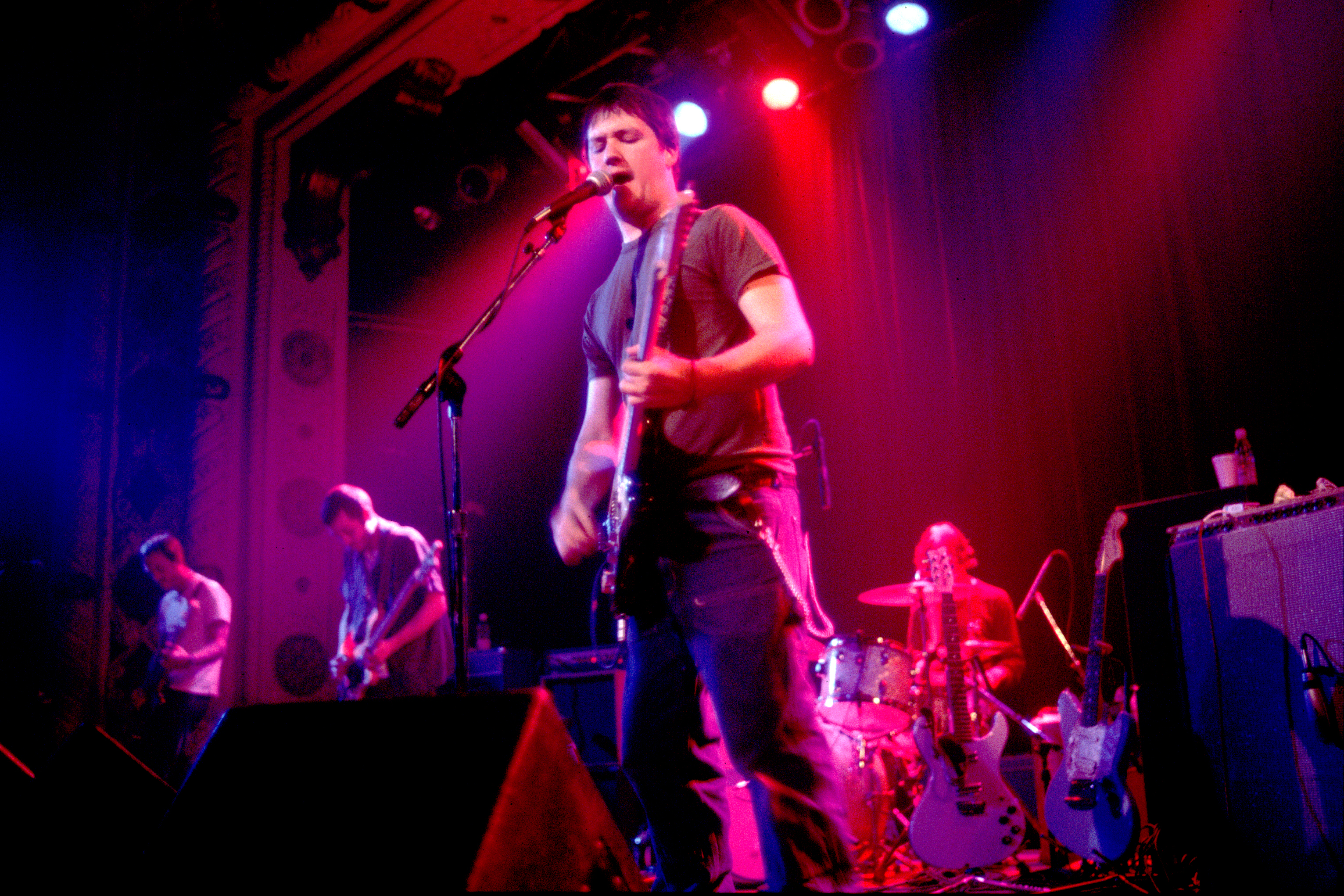 Everything about Modest Mouse’s third LP, The Moon & Antarctica, was more expansive: the guitar sound, the production, the lyrical imagery, the budget and — crucially — the expectations. The Washington trio expanded their cult following on 1997’s The Lonesome Crowded West, leading to one of rock’s classic cliché narratives: the pivot to a major label. But after signing with Sony’s Epic Records, the group only grew more ambitious in the recording studio, partnering with producer Brian Deck (Califone, Red Red Meat) for the most grandiose, densely layered album in their catalog.

With indie-rock culture creeping further into the mainstream at the end of the decade, and with a bigger promotional engine carrying the band forward, Modest Mouse were poised for some kind of commercial breakthrough — one that ultimately arrived with their polished 2004 hit “Float On.” They deny feeling the weight of expectation during the Moon sessions; still, their subsequent success — headlining festival slots, Grammy nods, collaborations with rock icons like The Smiths’ Johnny Marr — would have been unlikely had the album flopped.

To mark the record’s 20th anniversary, we spoke to Brock, Green, Deck, Reilly, and Rutili about the sonic experimentation, turmoil, and studio bliss that defined the sessions.

Moonrise: Before the Sessions

Tim Rutili: The first show [Red Red Meat] played with Modest Mouse was in Seattle, probably 1996. They looked like little kids. They alternated between being a total mess and [turning] on a dime and playing an incredible song. You could feel the air in the room change. That happened a few times during their set that night — they’d go from shitty mess into unintelligible stage banter into a great song that elevated the energy in the room. I remember Isaac talking to me after the show. He told me what he really liked about Red Red Meat and what he didn’t like about our band and our records. I thought he was a mentally handicapped teenager.

Isaac Brock: I played with [Red Red Meat] during a song or two for a show. We used to tour a lot with Califone [which featured Deck and Rutili, along with future Modest Mouse member Ben Massarella], so we just spend a lot of time taking turns in each other’s bands. That was great.

Rutili: I did not keep in touch with [Modest Mouse]. I liked their first few records and a lot of what was being released on Up Records at the time. We got invited to tour with them through our booking agents. We got to know them really well on those tours. First thing I noticed — Isaac wasn’t mentally handicapped at all. He was a highly intelligent, brutally funny, sweet young man and also kind of a chaotic maniac. Eric and Jeremiah were great musicians and also very sweet, funny people. The songs kept getting better and better. Sometimes the chaos would take over the show, but I remember some incredible nights.

After those tours, Isaac came to Chicago. He worked at Ben’s truck stop with us, washing out the blood out of meat trucks, and he played music with us for a summer. We played a Red Red Meat show at The Empty Bottle [an indie-rock venue in the Ukrainian Village neighborhood of Chicago], and Isaac played guitar on the entire set with us. He also played with us at a bunch of Califone rehearsals. maybe even a show or two. Brian Deck: [Brock] really admired Red Red Meat and Califone. I had been doing most of the production for a good while. Tim and Ben had started a record label called Perishable, and Ben and I started a recording studio called Clava, and I was recording most of the music for the label at the time. That’s one of the reasons I stayed home when [Modest Mouse and Califone] went on tour. I guess the guys in Modest Mouse asked, “Where’s Brian? We thought he’d be out too.” I think it was Tim who put Isaac and me back in touch and said, “Hey, here’s his phone number. Call him.” Modest Mouse was thinking about signing with a major label. We spent a lot of time talking about what was good about that, what wasn’t so good about that.

Brock: I kinda didn’t give a shit [about the shift from independent to major]. I wasn’t that nervous about it. My mind wasn’t too heavy on the fact that it was a change, that there should be a different approach. I do remember one thing that affected my thinking: I really didn’t want to come out of the gate alienating everyone. Now I look at it and am like, “Why the fuck should anyone care?” But it was important to people that, if you’re no longer an independent band, [you don’t] start making easy crap [and do] a pop version of yourself. I wouldn’t say I was self-conscious, but I was aware that I didn’t want it to sound like we were pandering to radio or something.

The material they were gathering certainly didn’t signal a pivot toward commercialism. But the label was invested in their new signees, sending them to record a batch of demos for songs that wound up on The Moon & Antarctica. [Those early versions, recorded by veteran producer Phil Ek — who let the band practice in his basement — comprised the limited-release 1999 EP Night on the Sun.] Then roughly two months before they started work on the album, Deck accompanied the band to Seattle for some pre-production rehearsals, where some of the songs started to solidify.

Deck: I remember we’d poured concrete to even out the floor a couple days before I went to Seattle. I literally drew the floor plan on a napkin for the guys to start construction in my absence. [laughs] It was pretty seat-of-the-pants. I tried to explain how things should go, and then I got on a plane. I was on the phone all the time, trying to direct things. I’m remembering now how much anxiety I had about building a studio around the same time I was doing pre-production. It was my very first major-label experience.

I remember some things about those rehearsals. We would have barbecues at night and sit out and talk about the record. I will tell you this: If the [expansive, layered sound] of The Moon and Antarctica fulfilled a clear vision that Isaac had in the beginning, I was not [fully] aware of that vision.

The record’s spacey, dense sound gradually evolved at the Clava studio, their home base for the sessions.

Deck: We built the permanent Clava recording studio adjacent to the Perishable offices in the Bridgeport neighborhood in Chicago. The Modest Mouse record was the first thing we recorded there. They were so excited to start recording that they started driving early. A couple weeks before I expected them, they showed up — and helped us hang drywall.

Brock: My friend who’d driven out with me helped hang drywall. I’d like to say I helped, but I sat at a desk.

Deck: It was embarrassing and terrifying to have my first major-label band show up and not have the recording studio finished being built. It’s a pretty complex thing. Typically you test shit out before your first client shows up. Rather than get the chance to test it out, they finished building it.