“I was out of my fucking mind. Right?” 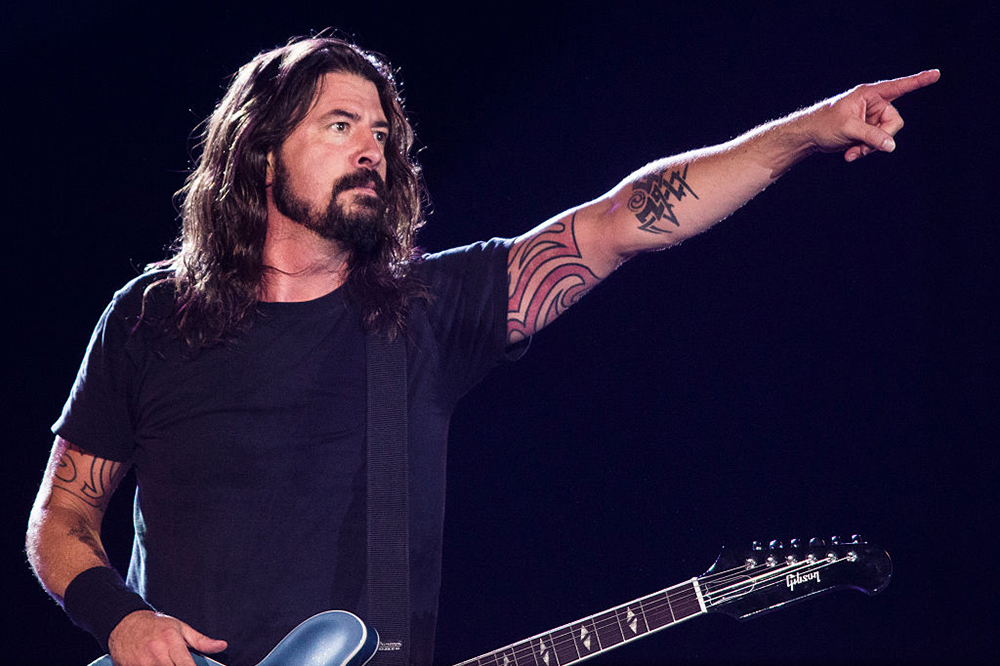 You probably saw Foo Fighters performing on that crazy episode of Saturday Night Live that premiered the day that Joe Biden won the election. In a conversation with Zane Lowe at Apple Music, Dave Grohl explained the backstory behind being asked to play that night—which was put together in just a few days.

“This time they called us on Tuesday. And they were like, ‘Hey, do you want to play Saturday Night Live?’ And we were like, ‘Of course. When?’ They were like ‘Saturday.’ So we’re like, ‘Oh my God.’ It was such a rush just to pack up the gear, get on a plane, go to New York City. And then Chappelle is the host. What better show? That’s the best possible show to be on. And then that morning we woke up and there was all the news with the election, so the energy was just like, there was a lot of joy, there was a lot of happiness, people were really in a good mood. And then just to stand there and play, it was actually the first time that I’ve ever felt really relaxed and comfortable and confident doing that show. Usually we’re just a nervous wreck, but there was something about that day that just felt so f-king good.”

Grohl also shared a story from his childhood, one involving mushrooms and enjoying them at his mom’s Christmas party, which made for a pretty wild holiday.

“I don’t know when this tradition started. It started maybe when I was like 13 years old or 14 years old. I grew up in a house that was really small and every Christmas night people just knew to come over to the Grohl’s little house. We would all just sit around and listen to music and drink and stuff like that,” he said.

“By the time I was like 14 or 15, now I’m in a punk rock band, my punk rock friends are coming over. Then my mom’s teacher friends are coming over and then my sister… I mean, we lived in a small little neighborhood and everyone just knew to come over. So this one year—God I shouldn’t be telling this story. This one year, I think I was like 15 or something like that. My friend gave me mushrooms for Christmas, right? I’d never taken them before.

“So I thought, ‘Okay, I probably shouldn’t take them at this party because all of my mother’s friends are coming over.’ Right? They’re teachers at the school that I go to, I know these people. I’d known for a long time. So my friend gives me all these mushrooms. I think, ‘I’ll take a little bit before the party.’ Did. I was out of my fucking mind. Right? So much so, one of the teachers from the school pulled me into the bathroom at one point and was like, ‘Are you doing cocaine?’ I was like, ‘No, no!’ So then after everyone left I stayed up and tried to learn that Zeppelin song, ‘Bron-Y-Aur,’ that acoustic thing until like six o’clock in the morning. I never figured it out. I thought I figured it out, but I didn’t really figure it out.”

Lesson: Don’t do drugs in front of teachers. And don’t try to understand Led Zeppelin just because you’re on hallucinogenics.

Listen to it all below.

Foo Fighters Share ‘No Son of Mine,’ Reveal Medicine at Midnight Tracklisting