She also plans to pen "some of my feelings" in her next two poetry books... 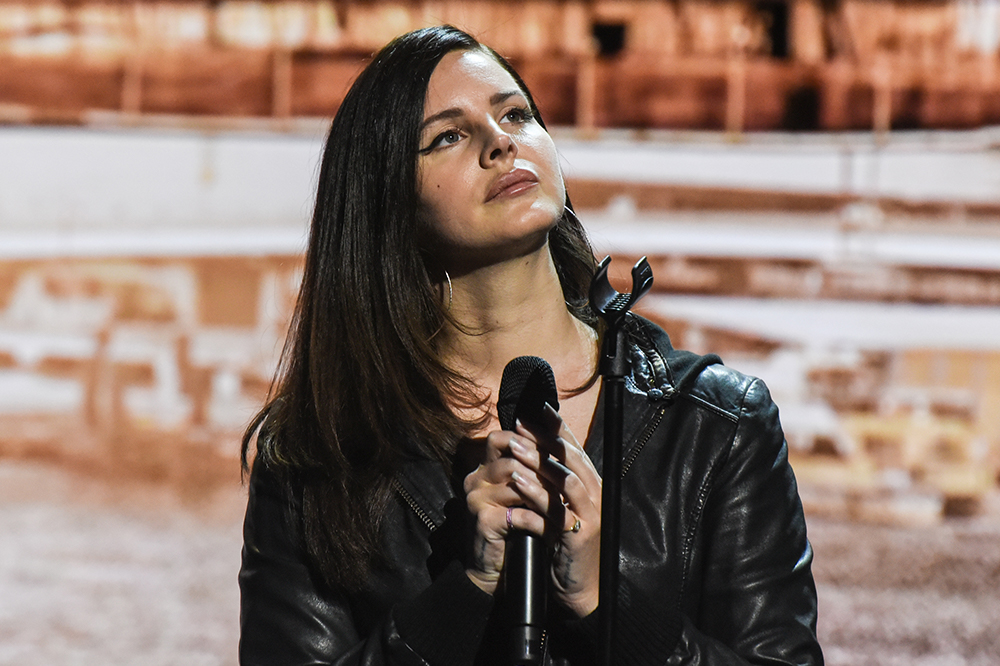 Lana Del Rey is coming out with new music and it’s set to drop on Sept. 5.

The Norman Fucking Rockwell! singer announced the news in an Instagram post earlier this morning (May 21). But the only catch was that you needed to actually read through a very emphatic speech to find out the information.

So what’s got Lana so riled up? Well, she vented about the criticism she has received for her lyrics that have detailed her previous “challenging relationships.”

“With all of the topics women are finally allowed to explore,” she wrote, “I just want to say over the last ten years I think it’s pathetic that my minor lyrical exploration detailing my sometimes submissive or passive roles in my relationships has often made people say I’ve set women back hundreds of years.”

Del Rey also pointed out that while other female artists like Ariana Grande and Beyoncé have garnered hits with tracks “about being sexy, wearing no clothes, fucking, cheating,” she has been accused of “glamorising [sic] abuse.”

“I’m fed up with female writers and alt singers saying that I glamorize abuse when in reality I’m just a glamorous person singing about the realities of what we are all now seeing are very prevalent abusive relationships all over the world,” she wrote.

Despite the strong feelings about how she says she’s been treated, that didn’t stop her from plugging the new album, which is different from her spoken word record, as well as the two new poetry books she’s working on with Simon and Schuster. She ended the post with her promise to donate “proceeds of the book to my choice of Native American foundations which I’m very happy about.”

Following her written statement, she also posted photos of herself, children and a facetime call with Jack Antonoff.

Read Rey’s full statement and the other posts below.

UPDATE (5:21 pm) In response to the backlash to her comments, Del Rey shared a pair of comments in her Instagram Stories that can be viewed (for now).

“Bro. This is sad to make it about a WOC issue when I’m talking about my favorite singers,” Lana wrote. “I could’ve literally said anyone but I picked my favorite fucking people. And this is the problem with society today, not everything is about whatever you want it to be. It’s exactly the point of my post—there are certain women that culture doesn’t want to have a voice it may not have to do with race I don’t know what it has to do with. I don’t care anymore but don’t ever ever ever ever bro- call me racist because that is bullshit.”

And my last and final note on everything—when I said people who look like me—I meant the people who don’t look strong or necessarily smart, or like they’re in control etc. it’s about advocating for a more delicate personality, not for white woman—thanks for the Karen comments tho. V helpful