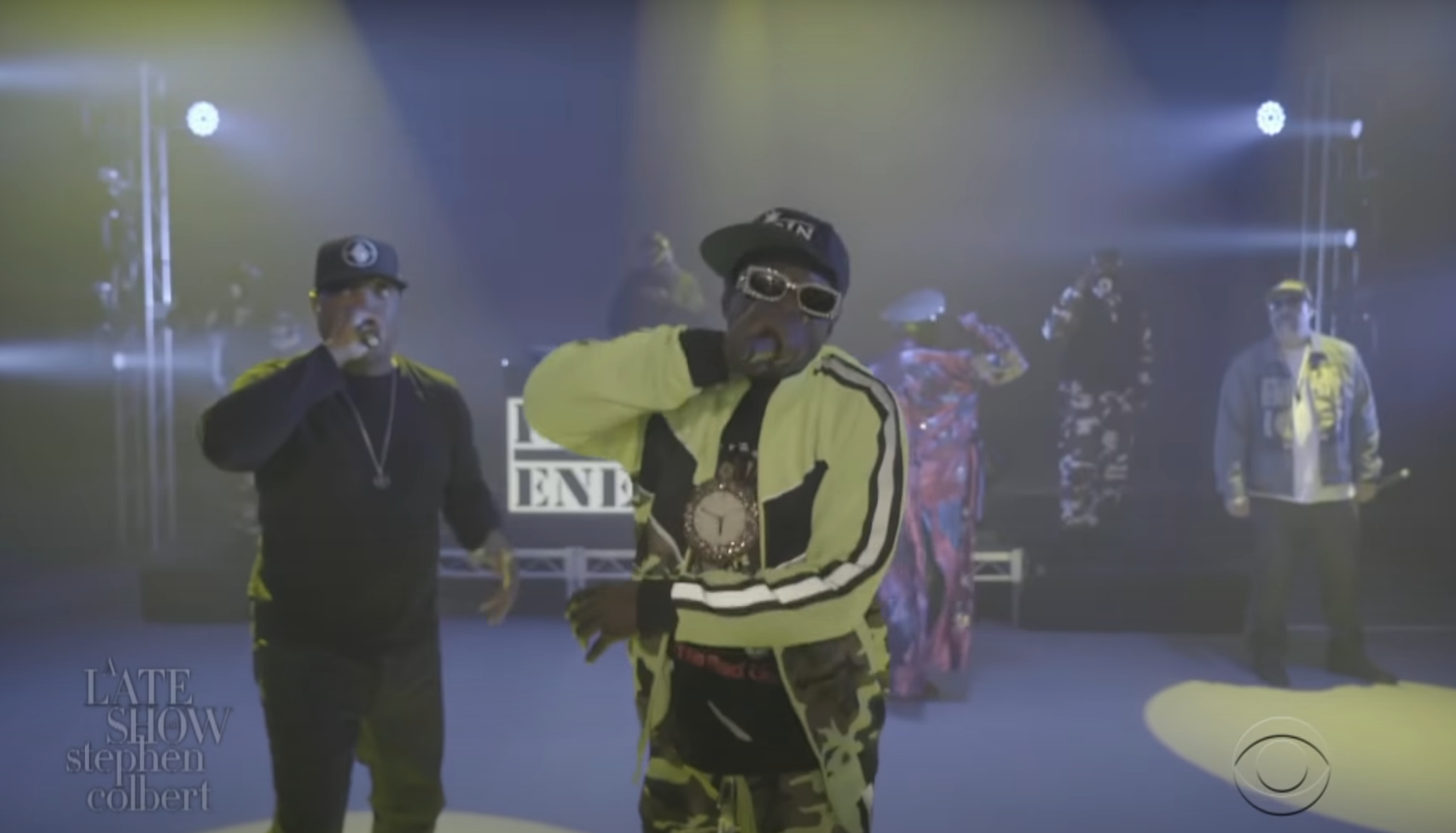 For a group that appeared to be splintering and bickering back in March, Public Enemy sure have turned things around in the latter half of 2020.

The group’s first album on Def Jam in over two decades, What You Gonna Do When the Grid Goes Down?, is out now and to mark the occasion, Chuck D., Flavor Flav and company appeared on the Late Show With Stephen Colbert.

Joined by George Clinton and B-Real of Cypress Hill, the group performed “Grid” from their new album.

In addition to Clinton and B-Real, the group enlisted old pals like Adrock and Mike D. of Beastie Boys, Ice-T, Nas and more for appearances on the new album.

“Cultural Institutions are important. Being an integral part of one is an honor bestowed and to uphold,” Chuck D said in a statement at the time. “Public Enemy songs are forever sonic prints in the sands of time. And it’s time – it’s necessary – to bring the noise again from a place called home. Def Jam. Fight The Power 2020.”