Since 2014, Hrishikesh Hirway has been sitting down with musicians to talk about how they imagined and created their biggest hits on the Song Exploder podcast. Now, Hirway and Oscar-winning filmmaker Morgan… More » Michael Stipe appeared on Late Night With Seth Meyers on Wednesday night (Sept. 16) to talk about his online installtion with PlanYourVote.org. But before the two could discuss the R.E.M.… More » Lyrics to a new song by R.E.M. frontman Michael Stipe are part of an art installation that opens at New York City gallery Participation Inc. on Sept. 9.  The song,… More » In the 1980s, music and film collided for cross-promotional blockbusters both transcendent (Purple Rain) and transcendently cheesy (Footloose). In the ‘90s, soundtracks continued to sell in the millions, capturing cultural… More » Rock ‘n roll and politics have a long, intertwined history — and it’s hard to find a better example than the Tibetan Freedom Concert. Hootie & the Blowfish have performed R.E.M.’s “Losing My Religion” during their live shows. But since we’re not sure when we’ll be able to see them live again, however, they… More » 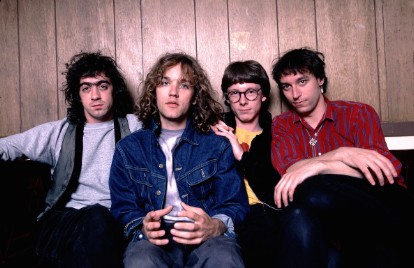 Strange times bring unexpected heroes. And in these unprecedented times, one silver lining has been the renewed appreciation of one of the greatest American bands of all time. Michael Stipe paid tribute to late R.E.M. touring drummer Bill Rieflin, who died on Tuesday at the age of 59 due to cancer. Michael Stipe has been Q.S.Q. (quasi self-quarantining) for over a week after being in contact with friends from Italy. While hunkering down, the R.E.M. singer has shared music and words… More » At the second-to-last date of their Brothers of a Feather tour in Portland last night, Chris and Rich Robinson brought out an old friend for a surprise performance. 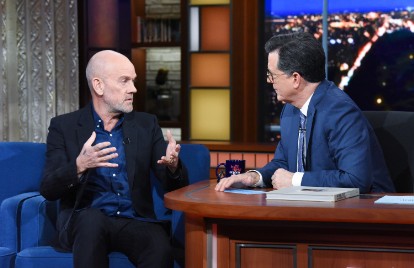 Donald Trump was not one of the shiny happy people after a previous run-in with Michael Stipe, according to the former R.E.M. frontman. Stipe, who recently released a photography book… More » 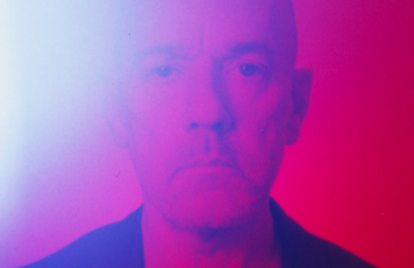 Credit: Michael Stipe/courtesy of the artist

R.E.M. frontman Michael Stipe has released his second solo single. “Drive to the Ocean” follows “Your Capricious Soul,” his first-ever solo song from back in October, and arrives with an… More »

R.E.M.’s 25th Anniversary Edition of Monster and Its Previously Unreleased Demos Are Here At Last 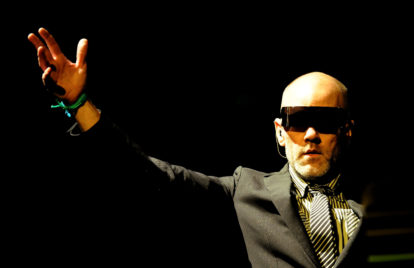 The deluxe 25th anniversary box set of R.E.M.‘s Monster is finally here. The release arrived a little more than a month after the quadruple-platinum album marked its anniversary on September 27.