Kesha Shares Cover of T. Rex’s ‘Children of the Revolution’

Pop star's rendition will be featured on star-studded compilation album 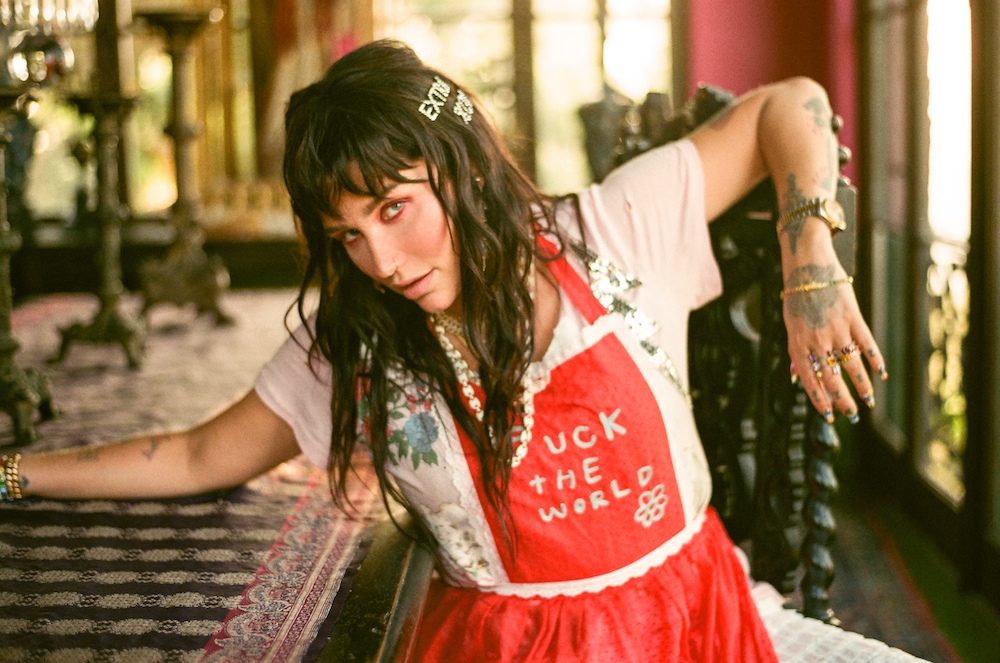 Kesha has shared a cover of T. Rex’s “Children of the Revolution” on Wednesday, along with a video featuring iconic ’70s-era archival footage of singer Marc Bolan and the iconic group.

The track, produced by Hal Willner for the upcoming star-studded compilation album Angelheaded Hipster: The Songs of Marc Bolan and T. Rex, showcases Kesha’s superstar vocals as she’s backed by an orchestra.

“Through a stroke of luck, I met the incredibly talented and kind Hal Willner,” Kesha said. “We were in the same studio and he said he liked my red nudie suit, and then when he mentioned that he was working on a project that involved honoring Marc Bolan, I excitedly started rambling about how much T. Rex has influenced my music and my style.”

Willner died of COVID-related complications in April. For the project, he worked with Joan Jett, Father John Misty, U2, Elton John and others in 26 tracks. The album drops on Sept. 4 via BMG.

Check out Kesha’s cover below:

Kesha Dreams of Adventures With Her Cat Mr. Peep$ in ‘Little Bit of Love’ Video

Kesha’s ‘Nicolas Cage’ Could Help You Get Through Quarantine