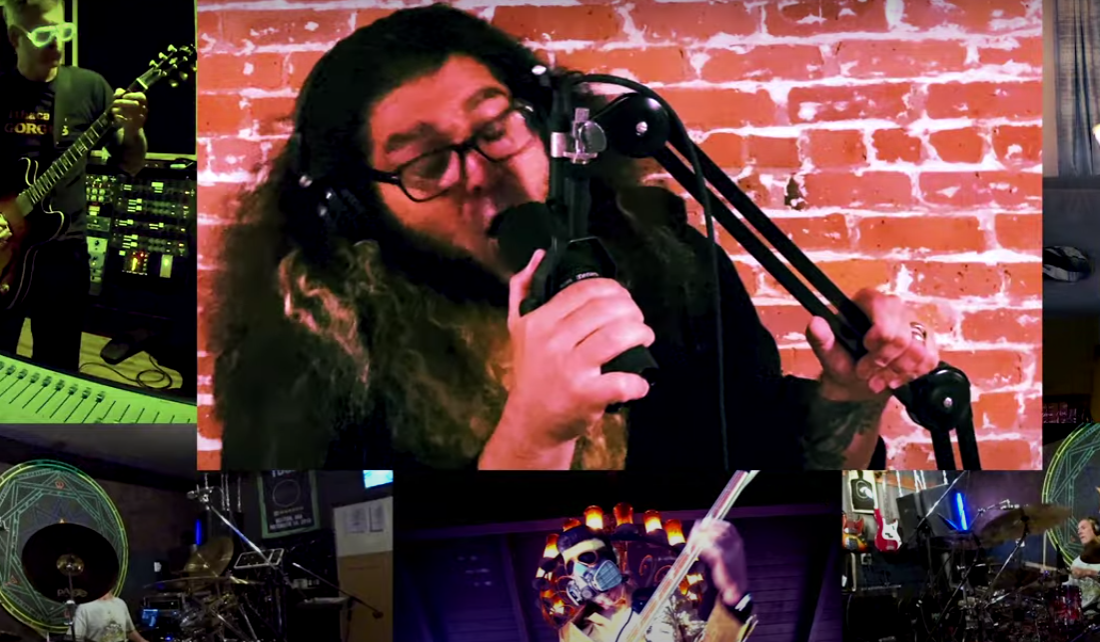 Jordan Olds took his Two Minutes To Late Night series to a new level on Monday, releasing a star-studded cover of Rush’s “Anthem.” Check out the video below.

“Uhhh… Holy Moley. It’s Claudio Sanchez, Bill Kelliher, Les Claypool, Danny Carey, and Steve Brodsky covering a Rush song,” the video’s caption reads. “We’re just as surprised as you are. This is our 15th bedroom cover made with the support of Patreon. With so many musicians stuck at home with no outlets, we’re going to keep producing these style videos and use the Patreon to give some money to everyone who has a part in them. Please support our friends by donating to our newly redone Patreon at www.honorableswords.com.”

The one-off supergroup also announced that their fees from the video will benefit the Cancer Research Institute.

Primus originally planned to cover Rush’s 1977 LP, A Farewell to Kings, on tour but were forced to postpone the trek until 2021 due to the COVID-19 pandemic.