The band chatted with Jimmy Kimmel on his latest quarantine show. 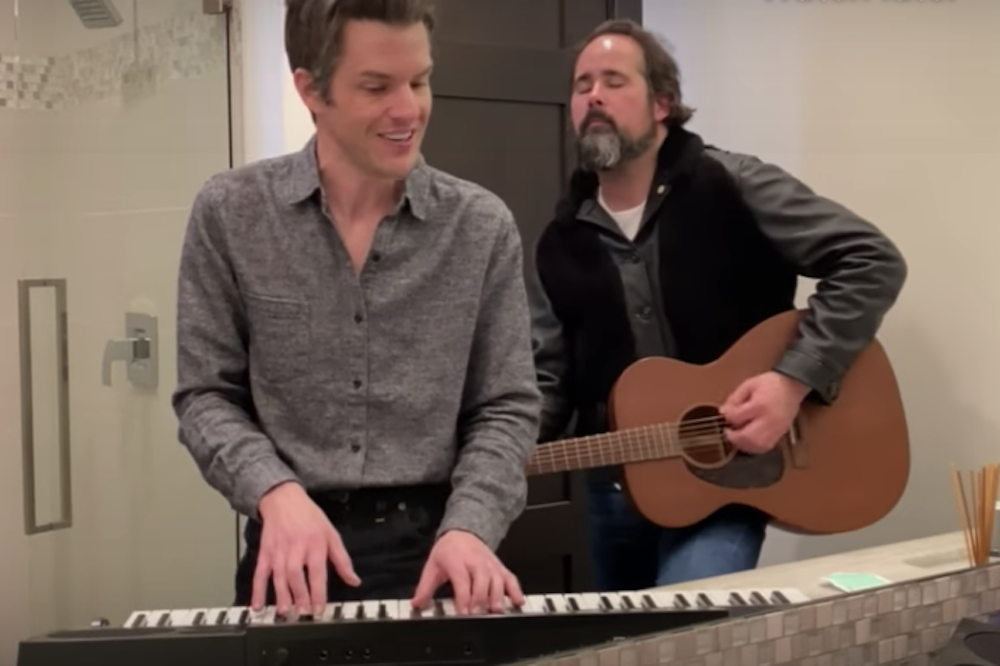 For the past week, most of the U.S. has been self-quarantining in an attempt to help slow the spread of the coronavirus – including TV show hosts. To pass the time, and entertain his home viewers, Jimmy Kimmel has been posting mini-quarantine shows on YouTube that include a monologue and virtual guest.

On Friday (March 20), he called up fellow Las Vegas natives Brandon Flowers and Ronnie Vannucci of The Killers, who are hunkering down in Flowers’ Utah home.

After a short discussion about Vegas and the band’s new album, the duo gave fans a live debut of their latest single “Caution”…in Flowers’ bathroom (unfortunately Lindsey Buckingham wasn’t available to play his epic guitar solo). Watch Kimmel chat with the band around the seven-minute mark and the performance starts at 11 minutes.

The Killers announced their sixth studio album, Imploding the Mirage, earlier this week and plan to release it on May 29. Aside from Buckingham, it also features collaborations with k.d. lang, Natalie Mering from Weyes Blood, Adam Granduciel from War on Drugs and Lucius. They are hoping to tour in support of the project in late summer/early fall; however, postponed ticket sales in the wake of the coronavirus outbreak.

“The news is changing every hour around Coronavirus, and, ultimately, we want you, our fans, to stay focused on prevention and remaining safe,” a message on the band’s Instagram account read. They also announced that a portion of proceeds will be donated to help service industry staff in each city that have been affected by the pandemic.