This is exactly the positive energy we need right now 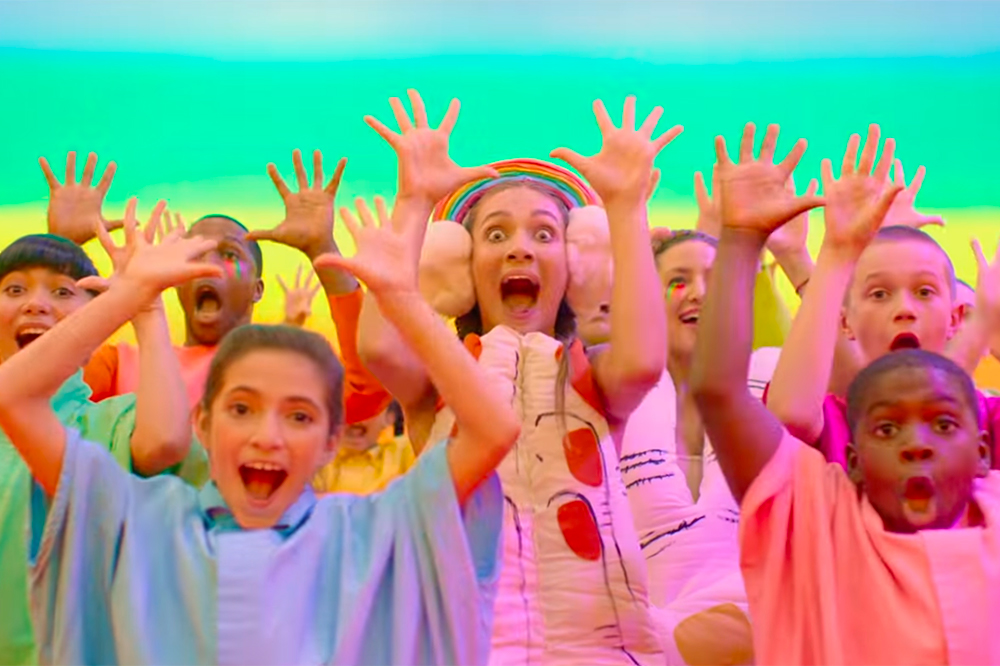 Sia has just added a little sunshine to our quarantine days with the new video for her song, “Together,” which is the first single from her upcoming directorial debut, Music.

Directed by Sia, the video is an explosion of color and choreography with dancer Maddie Ziegler, who’s starring in the film (and is often seen in Sia’s videos), is dressed as a praying emoji dancing around. She’s later joined by other Music cast members Kate Hudson, dressed as the peace hand sign emoji, and Leslie Odom Jr., who’s best known for portraying Aaron Burr in the Broadway hit, Hamilton. Actor Héctor Elizondo, who is also in the film, has a quick cameo, as well.

Come now set the past on fire 🔥 Together is out everywhere now! . This is the first single from Sia’s upcoming album and from the motion picture Music. Sia wrote + directed the film, and wrote 10 original songs for it. The film stars @katehudson, @leslieodomjr, @maddieziegler & more. . Put your 🎧 on and welcome to the world of Music 🌈 . Listen & watch the video (link in bio) . – Team Sia

Music is based on a children’s book by Dallas Clayton. Sia is directing in addition to writing the 10 songs on the film’s soundtrack. And while many films have delayed their releases, Sia has said on Twitter that the film is due out in September. And based on her recent socials, she’ll be doing it with IMAX.

Watch Sia’s video for “Together” below.