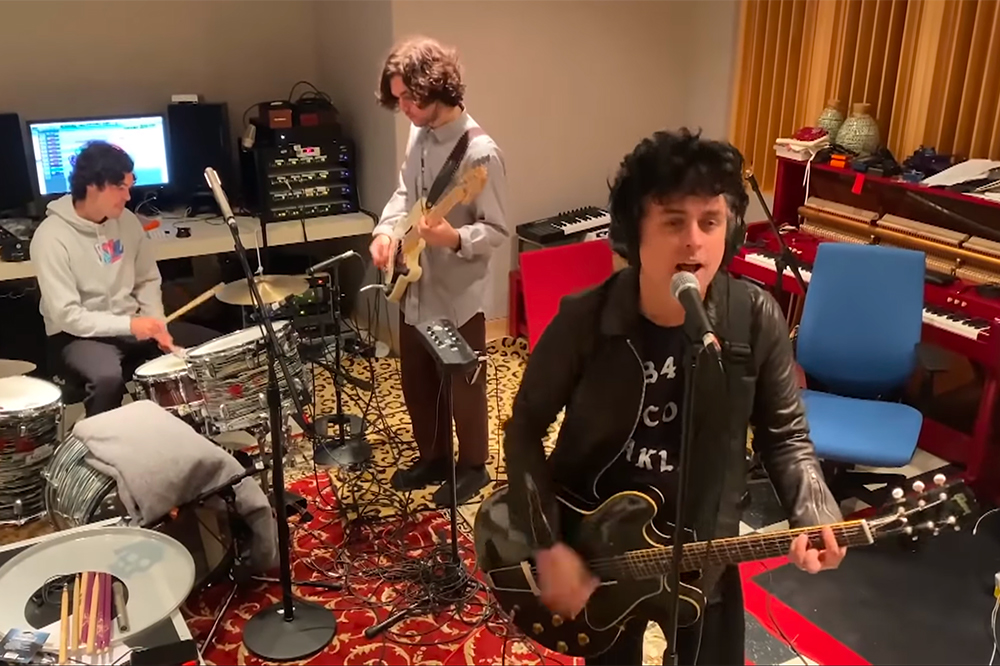 Billie Joe Armstrong may have previously performed Tiffany’s “I Think We’re Alone Now,” but when he appeared on The Late Late Show with James Corden, it had a new twist.

Armstrong brought on his sons — Jakob and Joey to perform the track with him — from quarantine of course. It was good to hear Armstrong sing with a full live band situation again.

Before the performance, he also spoke with Corden about what the band’s been up to before the coronavirus pandemic as well as how it feels to have another hit on their hands with Father of All Motherfuckers, which Armstrong explains isn’t something he takes for granted.

“There’s this one clip in that movie, That Thing You Do!, where they’re listening to transistor radios,” Armstrong said. “I try to think of it that way every single time because it’s… After doing it for 30+ years, I think it just makes it more special really.”

As for the rest of the band, Armstrong said Mike is “basically becoming a farmer” who’s growing his own vegetables and organizing his record collection while Trey is enjoying time with his family and “trying to play drums as much as he can.”

Watch the performance below: