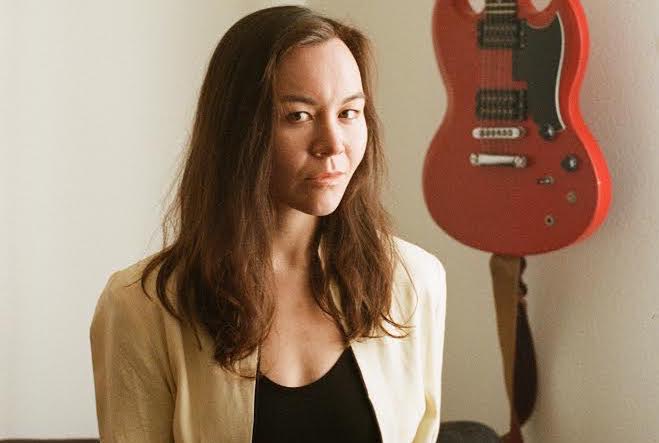 With Best Wishes, their debut LP from out 5/15 via Kill Rock Stars, Portland, Oregon’s MAITA have announced themselves as members of that rarified class of artists with the ability to enthrall the listener right from the jump, and one that stands out even in the ever fertile indie rock incubator that is the band’s hometown. What makes the record so unique is principal songwriter Maria Maita-Keppeler’s ability to present her innermost thoughts so intimately and adroitly that the mundane is made into captivating music. In Maita-Keppeler’s world, for example, the simple act of pouring tea for a particularly churlish customer at her day job becomes a deeply felt meditation on how little the modern world seems to care for art and artists.

Stylistically, MAITA is untethered to one form of rock music and Best Wishes benefits from the myriad musical varieties on display. This bounding from one style to the next works in part because each song is anchored by Maita-Keppeler’s singular ability to draw the listener into her world via the intimate candor of her songs. Maita-Keppeler co-produced the record — which was recorded in Enterprise, Oregon with engineer Bart Budwig’s studio located in a 100-year-old theater — with her partner and guitar player Matthew Zeltzer.

Whether it’s the intoxicating Riot Grrrl fuzz of “Can’t Blame A Kid” or the delicate “Japanese Waitress,” with its goosebump-inducing ruminations about the many indignities service industry employees — especially female ones — must endure, the songs on Best Wishes evoke a feeling of being privy to an extremely talented artist’s innermost contemplations. Both “Japanese Waitress” and sister song “Pay To Play” feel as though you’re standing at a server station listening as the world’s foremost philosopher/server regales you with her meditations on the relationship between art and commerce in between pouring drinks for boorish yuppies.

Maita-Keppeler says most of these songs were written after she graduated after studying art at Portland’s Reed College in 2014. As such, much of the record finds her pondering the artist’s place in the modern world. “I was really feeling that divide of how much people get paid for certain work versus other things,” she says. “Art is undervalued and the people that serve you are undervalued. Society tells us artists don’t deserve to be paid as much as stockbrokers but who’s to say one is more important than the other? That’s not how I see things.”

Though he’d introduced the world to legendary acts like Elliott Smith, The Decemberists and Bikini Kill through his fabled record label Kill Rock Stars, by 2007, Slim Moon was suffering from music business burnout and was disillusioned with what he saw as widespread redundancy in rock. He relinquished control of Kill Rock Stars to his wife Portia Sabin and went on a 13-year hiatus. That ended when Sabin did something Moon says she never does — exuberantly gushed about an act she said he absolutely had to hear: MAITA.

“It’s almost like a wink,” Moon says of how Maita-Keppeler’s distinctive songs won him over. “They’re fun, but in a way, that’s winking at the audience. She’s basically telling strangers: ‘You and I have a secret together.’”

The busy year filled with over 200 shows that MAITA envisioned is now a sadly discarded memory due to the pandemic. Not only was a spring tour of Europe canceled a mere two weeks before Maita-Keppeler and Zeltzer were to leave, but drummer Cooper Trail and bassist Nevada Sowle were already across the pond and in need or emergency passage back stateside when the virus began to hinder intercontinental travel. Additionally, the joyous occasion of a triumphant record release show for a debut LP — an occurrence an artist only gets to experience once — surrounded by friends and colleagues in Portland has now become a streaming event in which Maita-Keppeler will only be able to celebrate in-person with Zeltzer.

While COVID-19 proved ruinous to her touring plans it hasn’t altered Maita-Keppeler’s writing.

“I feel like I’ve already written a lot of ‘I’m lonely and isolated’ songs, so I don’t think I’ll be writing many ‘quarantine jams,’” she says. And although she finds it difficult conveying the emotion within these songs whilst singing to a computer screen — “I make art to get away from screens,” she says as she is adapting to our new reality as best she can and says having the unvarnished support of Moon and Kill Rock Stars behind her helps bolster her confidence in these times most terrible.

Haim Have Been Through It

My Morning Jacket Perform ‘Spinning My Wheels’ on Tonight Show