Review: Oneohtrix Point Never Puts Us Through Puberty Again on ‘Garden of Delete’ 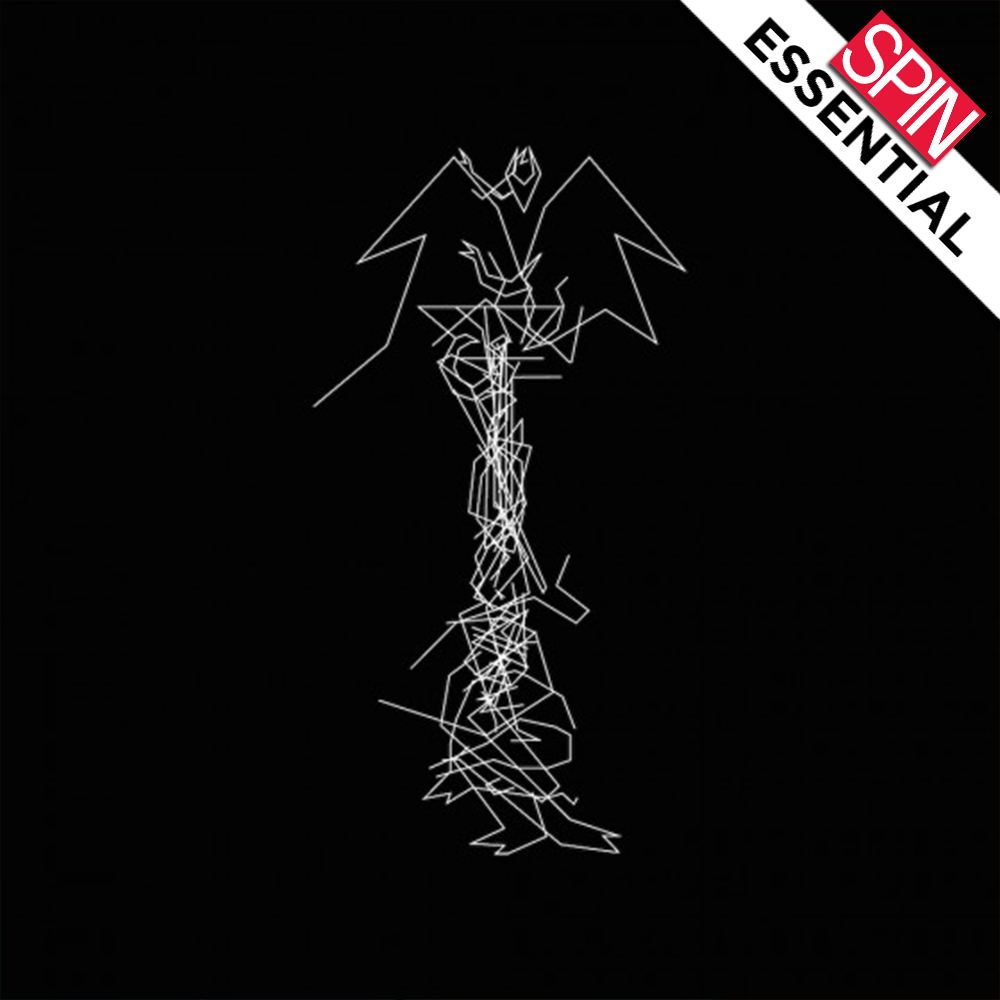 It starts with an ache in the knees. Herky limbs sprout and overdevelop. A skittering gait turns into uncomfortable and awkward locomotion. A voice creaks, cracks, and drops. Middle-school health class can teach you about the strict biology of puberty, but you can’t fully learn the mind-expanding traumas and embarrassing psychodramas until you experience them firsthand. Hormones flood the body and then it’s a full-on mutation; what was once familiar, both physical and otherwise, turns utterly unrecognizable. It’s like an inverse Invasion of the Bodysnatchers where a consciousness stays the same, but a whole new casing has grown around it. It’s this sort of embodied horror that drives Daniel Lopatin’s eighth record as Oneohtrix Point Never, Garden of Delete, to be more terrifying and disorienting than anything he’s done to date.

Previous compositions were deliberately formless and suffocating, shocking like waking from a nightmare into a room you don’t remember. But Garden of Delete’s anxiety and discomfort feels more embodied than ever before. Past OPN releases have used human voices as detritus and static. But here, whether in the breaths and moans that open “Ezra” or the pitch-warped balladry of songs like “Freaky Eyes,” he allows the voices to sit and stew, inhabit the unsettling mixes and lend an uncomfortable humanity to the alien proceedings.

Still, this being a Oneohtrix Point Never album, they’re tortured to the point of near-unrecognizability, distortion and fragmentation threatening their very existence at every turn. As on “Freaky Eyes,” a particularly effluvial synth line can seep in, drown whatever living presence was there, and wash it out to sea. It’s these casual disruptions that Lopatin’s always made throughout his career, but for the first time they make linear sense.

That could be because, for the first time in Lopatin’s catalog, there’s a mythos that informs the movement of this record. Inspired by his time on tour with icons from his childhood, Nine Inch Nails and Soundgarden, he looked back to his own coming-of-age story and saw only “traumatic [memories]” and “sourness,” a sort of unsettling hangover of the upsetting brain chemistry. Replica and R Plus Seven, Lopatin’s previous two albums, were triumphs because they were devoid of human touch, pure overcast abstraction and amorphous shifts from one surreal sculpture to another, but he arranges the sample- and synth-storms of Garden of Delete into arrangements that will be legible and song-like to those not familiar with his experimentalist bent. These are pieces meant not to confuse, but to provoke feeling, appropriate for recalling a teenage period in which emotions are so outsized.

For all its unsettling capacities, Garden of Delete comes at its subject matter from a bird’s eye view. If it’s indeed about puberty it’s not just about the scary parts, but the times of goofy humor and boundless wonder. These pieces are, by Lopatin’s own estimation, techno-futurist downers about masturbation and digitalist “heroin ballads” — sung by vocaloid software, like a voice-cracking Hatsune Miku — that feel sorta like A.I. trying to understand suburban adolescence in the ’90s. Chris Cornell’s grandiose emoting probably wouldn’t make sense to someone without a beating heart and an overactive pituitary gland, so these are the abstract cyber-approximations.

But then, as soon as any emotion gets too far from center, there are moments of placidity to level things back out. The minute-long drones of “SDFK” are the most evident analgesia, but it happens on a micro level too, like when the horror-movie sequencers rest on “Mutant Standard” or when “Child of Rage” sinks into knowingly chintzy beauty. That the clouds part to reveal more clouds is part of this record’s charm, but these moments of relative respite are crucial, demonstrative of both Lopatin’s newfound sense of narrative and the confusing adolescence that inspired it.

Despite the album’s biblical title, which seems like a nod to Hieronymous Bosch’s grim triptych, this isn’t a record that seeks to detail all of humanity’s struggles. But it is refreshing to hear Lopatin trace something concrete, even if it is a period of life that’s in itself so baffling, unsettling, and transitional. Having subject matter gives his sonic trickery a weight that it hasn’t had previously, a drive toward something (adulthood, maybe?) that he never would have indulged during his formative years of micro-sampled delirium. Lopatin’s music always felt beholden to the more distressing effects of postmodernism — without story or context, everything could become an overwhelming soup of erased errata. But when he’s tackling specific headspaces, however melodramatic, his compositions feel downright economical, and more impactful for it. In making a record about growing up, Lopatin’s come out on the other side in one mutated piece.

The Weeknd Debuts New Song ‘Scared to Live’ on SNL