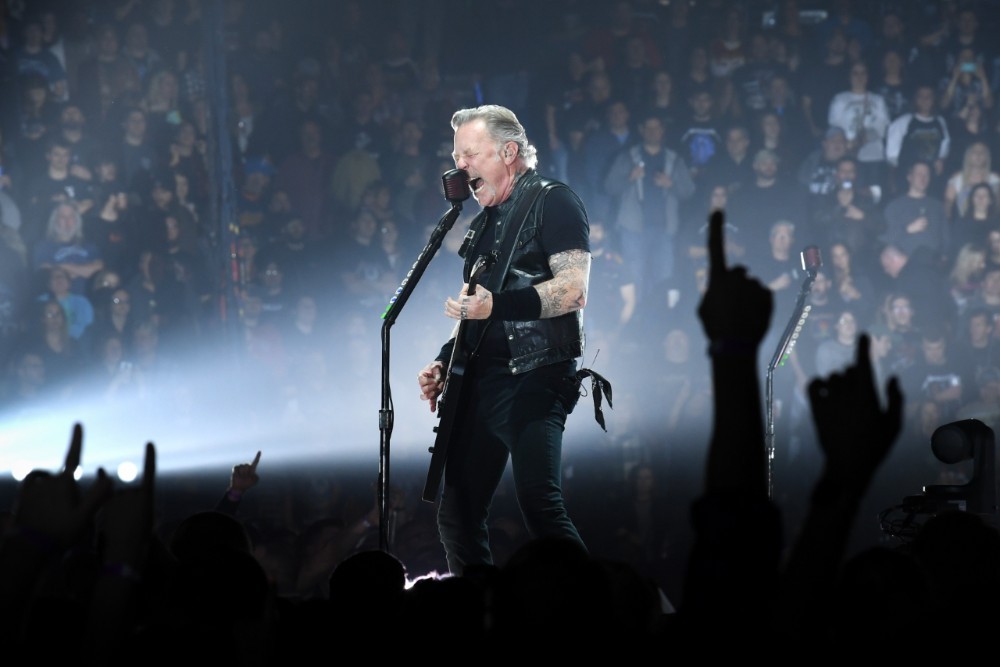 In September, Metallica will reunite with the San Francisco Symphony in honor of the 20th anniversary of the their 1999 album S&M, which featured orchestrated versions of songs from the Metallica catalog. According to the San Francisco Chronicle, the metal band and symphony orchestra will be the first artists to perform live at the Chase Center, a new San Francisco arena which will also serve as the home of the Golden State Warriors. The show was announced at a press conference led by Lars Ulrich and James Hetfield of Metallica, San Francisco Symphony Music Director Michael Tilson Thomas, Warriors President and COO Rick Welts, and SF Mayor London Breed on Monday morning.

“It’s a beautiful opportunity,” Hetfield told reporters at Monday’s presser. “We’re super proud that after 38 years there’s still cool things on the horizon for us.”

The performance, billed as S&M2, will revisit arrangements the collaborators performed at the series of concerts that led to the original S&M album 20 years ago, in addition to “the first ever Metallica/San Francisco Symphony renditions of songs written and released since the original S&M.”

S&M2 takes place on September 6. Tickets for the general public go on sale on Friday, March 22.

We’re honored to take part in the Grand Opening of the @Chase_Center in San Francisco as we celebrate the 20th Anniversary of S&M! Join us at what is sure to become a cultural landmark in the Bay Area for S&M² alongside the @SFSymphony with Music Director @MTilsonThomas. Visit Metallica.com for more info. #SandM2 #ChaseCenter #GrandOpening #SFSymphony

Metallica’s James Hetfield Pays Tribute to Ennio Morricone: ‘Forever Think of You as Part of the Metallica Family’

Metallica to Stream 2008 Concert From Madrid

Metallica Working on New Music Over Zoom and Email