Billie Joe Armstrong Shares Cover of The Wonders’ ‘That Thing You Do!’

It's the latest song in his No Fun Mondays quarantine series 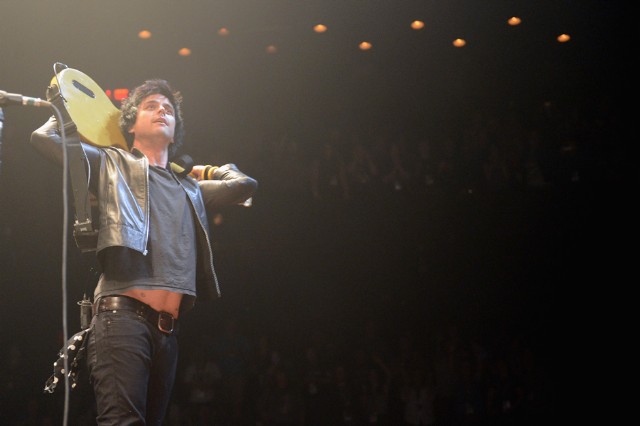 Billie Joe Armstrong’s No Fun Mondays paid tribute to late Fountains of Wayne singer Adam Schlesinger by covering That Thing You Do! band The Wonders’ title track from the film.

“Another week, another No Fun Mondays. Today’s song is a tribute to the late Adam Schlesinger and the incredible music he wrote including this one, ‘That Thing You Do,'” Armstrong captioned the post.

As usual, classic footage accompanying the video of the days when we could go outside.

Over the weekend, Armstrong performed on the Together at Home stream, where he performed Green Day’s “Wake Me Up When September Ends.”

Also this weekend, The Wonders reunited for the first time since That Thing You Do! (at least virtually) for a COVID-19 fundraiser in honor of Schlesinger, who died from the virus.

In recent weeks, Armstrong has tackled a number of classic songs on his No Fun Mondays, including Tommy James & The Shondells’ “I Think We’re Alone Now,” Johnny Thunders’ “You Can’t Put Your Arms Around a Memory” a performance of “Manic Mondays” featuring The Bangles’ Susanna Hoffs.

Check out Armstrong’s cover of “That Thing You Do!” below:

A Party That’s Over Before It’s Begun: Sleater-Kinney’s All Hands on the Bad One Turns 20