Haim’s “Hallelujah” Is a Perfect Prayer 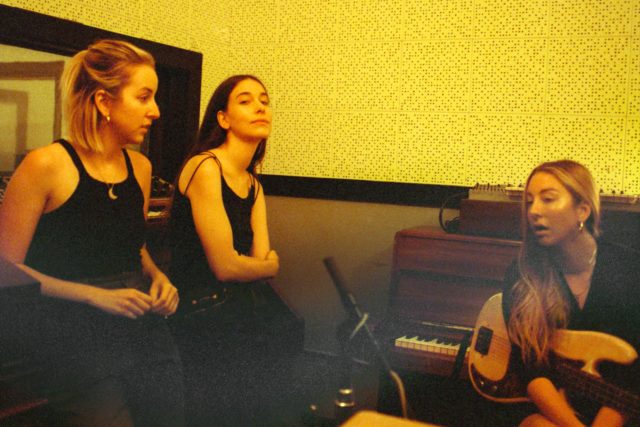 CREDIT: Grant Spanier/Courtesy of the artist

Family isn’t just a gimmick for the Haim sisters. The effortless symbiosis between Danielle, Este, and Alana informs their the entire compositional process, from writing, to recording, to performance. “They can break out into three-part harmony truly naturally,” said frequent collaborator Rostam Batmanglij in a 2017 interview with The New York Times. “They don’t think about it. If one of them is singing something, they’ll arrange the parts just off the top of their heads, and I hadn’t really witnessed that from anyone that I’d worked with.”

Haim’s new single “Hallelujah,” co-produced by Batmanglij and written by the band in collaboration with Tobias Jesso Jr., hews closer to hearth-warmed chamber folk or country than the urgent, infectious pop on which the sisters made their name. It presents a triptych of trauma and the healing that comes after. “I met two angels but they were in disguise,” coos Danielle, her voice hushed and reverent. It’s a prayer for family, and to family, delivered over flurries of fingerpicked acoustic guitar. “Old fears, helped to ease them in my mind,” she sings. “New tears say that they will dry in time.” In the second verse, Este frames memory with the intimacy of a diary entry (“Laughing together like our thoughts are harmonized / Been that way since ‘95″). And on the third, Alana confronts the death of a close friend in plain terms.

The three verses on “Hallelujah” amount to some of the most earnest, deeply felt admissions in the band’s catalog. On the chorus, HAIM unite those concerns with a question. “Why me, why’d I get this Hallelujah?” they ask, flanked by the ambitious vocal harmonies that come to them so naturally. The incredulity is a kind of giving thanks. The object of their gratitude—their sisterhood, their family—is encoded in the sound.

Coronavirus: Here Are the Album Release Dates That Have Changed

HAIM Perform Britney Spears’ ‘I’m Not a Girl, Not Yet a Woman’ at First Deli Tour Stop

Pearl Jam Bounce Back With Gigaton